Impact of no-deal Brexit is already being felt on recruitment and investment. And uncharted waters lay ahead.
Written by Steve Ranger, Global News Director on Feb. 1, 2019 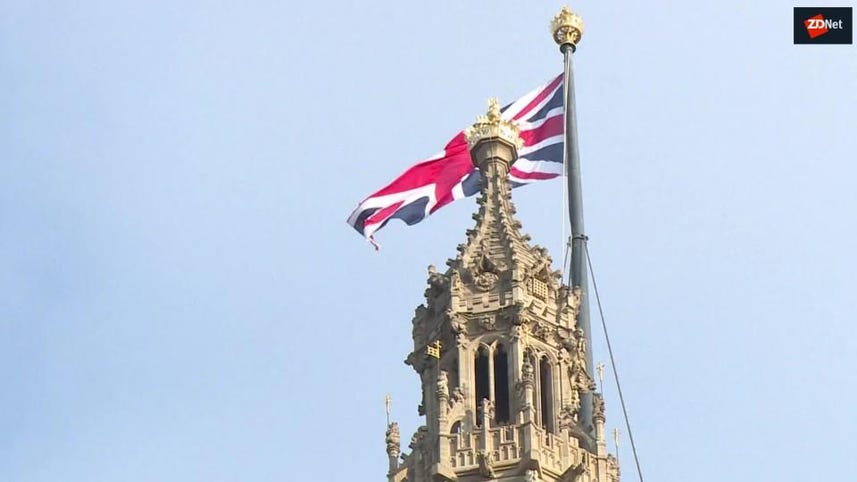 With only weeks to go before a potential no-deal Brexit, tech firms are still in the dark about vital issues like data flows and research and development funding, while the negative impact on recruitment plans is already being felt.

If a deal cannot be made in time, at the end of March the UK will leave the European Union without any ongoing agreement about trade as well as many of the other arrangements that modern economies rely on to do business.

"We shouldn't in any way underplay the enormity of the challenge to the research and innovation community this change will bring," said Professor Tim Wheeler, director for international at UK Research and Innovation, giving evidence to the House of Commons Science and Technology Committee.

Horizon 2020 isn't the only source of R&D funding that will be hit by a no-deal Brexit: around another £500m comes from other European programmes. Professor Peter Bruce, vice president of The Royal Society, said the biggest concerns were around funding and the opportunities for researchers.

"What is definitely happening is many people putting projects [together] to apply for funding… are looking very hard at whether they should include UK-based researchers because funding is hard to get and anything that increases the risk of failure is something that's hard to justify," he said.

Bruce said the impact on recruitment is already clear; he recently advertised for researchers but got no applicants from main European countries. That has not happened before in 30 years, he said.

Giles Derrington, head of Brexit policy at tech industry group techUK, said that while large organisations had taken steps to mitigate the impact of a no-deal Brexit, preparation for no deal were far more piecemeal for small business. Around 65 percent of small businesses have taken no steps as they don't know what to prepare for, he said.

"They don't know which way to jump," he said.

In a survey of 276 member companies by techUK, 70 percent said that they believe that a no-deal exit from the European Union in March would have a 'very negative' or 'fairly negative' impact on their business.

He said the UK is already seeing the impact of these preparations, with some companies hiring in Europe when workers leave jobs in the UK and said that — in terms of growth and access to VC funding — there will be "quite significant cliff edges if we leave without at deal in March".

He warned, that if there is a no-deal Brexit, this means there would be no legal framework for sending data to Europe. While companies can get around this by adding what are called standard contractual clauses, this is expensive and also opens up the risk of customers trying to renegotiate their deals at the same time.

Another concern is that it is still unclear what happens to data that has already been transferred to the UK; it could be that it has to be returned to Europe, creating a huge headache in terms of finding it.

"We're not sure if we can touch it, we have to close it off and ultimately trying to extract individual bits of data from an algorithm is a bit like trying to take egg out of a cake which is nigh on impossible. Our members don't yet know how they are supposed to do this," he said.

If the UK does leave without a deal, it would switch back to World Trade Organisation (WTO) rules for trade with Europe. One problem is that WTO rules mainly cover goods — and the UK and its tech industry mostly export services.

"We are an 80 percent services economy, 81 percent of digital exports are services-based, not goods-based. Increasingly the goods we sell are wrapped around with services and those things are not dealt with at WTO. When we talk about falling back onto WTO terms they don't exist for a large part," said Derrington. "Services trade will continue, its just harder and the dis-alignment of regulation over time will be the thing that creates barriers."

A no-deal Brexit could also make it harder for UK staff to work in Europe, which could make locating in the UK less attractive, he said. For example, a number of companies base their engineering team in the UK but serve the rest of Europe. If they can't do that easily, there will be a case for moving those teams to mainland Europe. There could then be a knock-on effect, he said, "because if you move your engineers then you start moving your R&D, you start moving sales because you want to cluster these things together."