A court in Germany has ruled that companies which operate Facebook fan pages are not liable for the social network's potential privacy violations in the country. 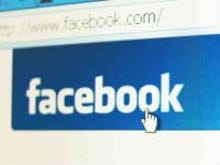 A regional court in Germany has ruled that Facebook is not subject to German privacy law, thanks to being headquartered in Dublin.

The ruling, handed down on Wednesday, overruled a 2011 order brought by the data privacy agency in the state of Schleswig-Holstein , which said that Facebook was violating German privacy laws by collecting data on its users and using it for commercial purposes.

The agency claimed that specific Facebook practices — including those around the use of cookies and facial recognition — were in direct violation of the country's privacy regulations. As a result, the agency ordered companies operating Facebook fan pages to either shut them down or face a fine of up to €50,000.

In the ruling that overturned the order, the court didn't address whether Facebook is responsible for privacy violations in its data collection practices — just that companies who operate fan pages should not be held liable for any that occur.

The ruling represents a setback for the data privacy agency, which had tried to use the order as a precedent for limiting the way social networks and other service providers collect data in the country. In a September 2011 presentation, Thilo Weichert, the privacy agency's commissioner, said that the day-to-day operations of some of the biggest tech companies may be in violation of German privacy law.

"We see a much bigger privacy issue behind the Facebook case: the main business model of Google, Apple, Amazon and others is based on privacy law infringements. This is the reason why Facebook and all the other global internet players are so reluctant in complying with privacy law: they would lose their main profit resource," he said.

In the past, Facebook has that it is sensitive to European privacy concerns, but is only beholden to comply with privacy laws that come from the data protection commissioner of Ireland, where the company has its European headquarters.

In response to the court ruling, Weichert said that "the idea of fundamental rights... played no essential role" in the decision. The ruling can be appealed, but the agency has not announced plans to do so.

Join Discussion for: No, fan page owners aren't responsible for...