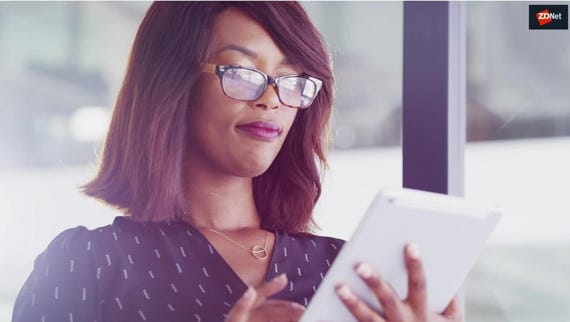 When the coronavirus struck, businesses realised they had to shift from office-based ways of doing things to working from home in a matter of days. And it was CIOs, with the help of cloud computing, that turned those remote-working aspirations into a socially distanced business reality.

Tech chiefs kept business' running and found new ways to serve customers. As organisations large and small seek to navigate the uncertain business landscape ahead of them, digital transformation led by the CIO is likely to feature heavily in their future plans.

Does all of this mean the role of the CIO is changing? Often looked on as the tech expert, CIOs have long argued that they could fill a broader role. Could the CIO, with their talent for strategy and leadership in extreme conditions, be their firm's next chief executive?

David Allison, global head of IT for First Quantum Minerals, believes they can.

"Absolutely – as CIO, you touch all aspects of the organisation one way or the other. I spend as much of my time listening to analyst calls and looking at market conditions and what's happening with copper prices and investors, as I do – probably more – looking at IT operations stats. So there's an increasing focus on the external side, the strategic side and the decision-making side, which are all qualities of a CEO," he says.

Lily Haake, head of the CIO practice at recruiter Harvey Nash, also says there's no inherent reason why tech chiefs shouldn't rise to the heights of CEO: "If technology is completely integral to every business, why should the next leader not be from a CIO background?"

It's an argument that, on the face of it, sounds convincing. Deloitte and WSJ Intelligence research suggests high-performing organisations are 2.5 times more likely to prioritise using technology to advance their business goals. CIOs have long suggested that the underlying nature of technology to enterprise operations means that they have a broader understanding of the business than most of their C-suite peers.

However, knowing a fair bit about the enterprise doesn't necessarily mean you're the right person to lead it. Five years ago, I wrote a piece suggesting it was possibly time for the CIO to give up on the impossible dream of becoming CEO. Half a decade on, and evidence is still thin on the ground in terms of CIOs becoming CEOs.

While tech chiefs can progress into the top job, examples of the shift are rare – and, when it does happen, the transition normally takes place in a particular type of company: one that is heavily focused on technology.

"I'm sure it's possible," says Wincanton CIO Richard Gifford on the possibility of more CIOs becoming CEOs. "I think it depends upon the sector you're working in. I guess the more tech-heavy that your business is, the more likely there is for that opportunity. But it's not in my career plan; running something at the scale of Wincanton is not my aim."

Ian Cohen is another tech leader who says that, while CIOs can become CEOs, the more important question is probably: should a CIO take the top job – and, when that does happen, what type of organisations would benefit from having an IT chief at the helm?

Yet while some IT chiefs might possess the right characteristics to lead a business, Harvey Nash's Haake feels most CIOs remain a long way from being considered for the CEO position. The majority of businesses still select experienced finance or sales leads to become CEOs; it would be "a brave idea", says Haake, to take a technologist and put them in the top seat.

Some argue that the skills CIOs need - such as problem-solving, multitasking, innovative and executing – are highly applicable to the CEO job.

That's undoubtedly the case, but the same could also be said of the skills held by other C-suite execs. Multitasking and problem-solving might be key characteristics for a successful leader, but most businesses succeed or fail due to finances and sales. That's why so many CEOs are former CFOs or even CMOs.

But what of the future – could more CIOs become CEOs? Right now, it seems the climb from CIO to CEO – at least outside the tech sector – is beyond the reach of many tech chiefs. However, that doesn't mean CIOs will have to stop climbing the executive ladder.

As the use of technology continues to grow, so the business' awareness of the CIO's capabilities will continue to rise. Deloitte and WSJ Intelligence research says 50% of CEOs believe the tech leader will be the key driver of business strategy going forward – that's more than those who named the CFO, COO, or CMO as their top partner combined.

This growing influence suggests CIOs could move into a more business-focused role. That's the opinion of Haake, who suggests it's increasingly common for CIOs to become COOs as technology underpins all operations. It's a sentiment that resonates with Jason Oliver, director of IT at the University of Sussex.

The new normal of remote working and socially distanced workplaces is likely to mean CIOs play an even bigger role in the organisation's operations going forward. As enterprises create a new geographically dispersed workplace, the CIO – who has woven together business units through collaborative tech during lockdown – will help create the workplace of the future.

"I think it's easier to go from a CIO to COO role now," says Oliver. "I think it's much more difficult in this day and age for an effective COO to be in post if they don't get the technology, than it is for an effective CIO to go into the COO role and to learn about the people side of the business or the finance side. There's a real opportunity for CIOs to exert their influence."

Join Discussion for: The next big step for the CIO could send...