It's a move a that may surprise some: as a Windows RT tablet, the 2520 brings with it the difficulties inherent in an operating system that's neither fish nor fowl, neither full Windows 8 laptop replacement or desktop mode-less content-consumption device.

Of course, Nokia doesn't see it that way, describing the RT as the best mix of productivity — hey, it's got Office — and 'fun', seen in its more consumer features. Or, to put it another way, it's the mullet of tablets: business at the front, party at the back.

RT is likely to strike many as as far from ideal for Nokia's first tablet: the desktop-plus-tile-interface has prompted mixed feelings and mixed reviews , added to by the restrictions on app installation . Windows RT has also been subject to a death of a thousand cuts recently, with the hardware manufacturers that had initially signed up to make tablets running the OS gradually withdrawing support: Dell and Lenovo have halted sales of their RT machines of late, and even Microsoft dropped the RT branding saying its too confusing for the average user .

Only Nokia and Microsoft are the only manufacturers making hardware on RT (and once Microsoft has completed its acquisition of Nokia's devices and services business, that number will be down to one again). 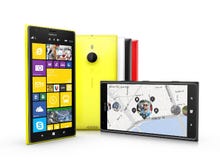 Which is probably about the right amount of manufacturers, given how popular RT is: Microsoft recently took a $900m writedown on its RT inventory . It's just not a big seller, even compared to Windows 8, which is itself not a huge presence (under five percent market share) in tablets.

RT also brings puzzling problems with business licensing , with the need for an extra licence for the RT version of Office if you want to use it for work, rather than personal, purposes. Given the impending union with Microsoft, and Nokia's own stated ambition of upping its share of the enterprise market , a tablet that plays well to the business crowd would make a lot of sense, and RT isn't that.

With the advent of GDR3 and its support for larger screen sizes, you could argue that in some ways, Windows Phone would have been a better fit for Nokia's first tablet than RT.

And, if the rumours are right, that may be the direction it's headed: a few reports have surfaced in recent weeks that Microsoft is planning to merge the two operating systems into one in 2015. A single app store for Windows Phone and Windows has already been mooted, and apps that could work across both platforms would be welcome.

So why go with RT? Nokia says it's all about mobility — that is, as a lower-power platform, RT can offer a longer battery life, meaning users can take it out and about for a whole day without having to keep one eye on their shrinking battery. It has been, according to Stephen Elop, Microsoft's devices head, "designed to get it out of the house".

According to Nokia, the 2520 has an 8000mAh battery which delivers 10 hours of use. Nice, but likely not enough of a premium on the tablet-standard of around eight hours to persuade consumers to overlook the RT element.

Nokia has rather cleverly boosted the battery further with accessories: it's also releasing a separate keyboard accessory for the 2520, priced at $149, that can supply up to five hours of extra juice as well, giving the 2520 an impressive 15 hours of battery in total. Which begs the question, why not make a non-RT machine with the same accessory to compensate for the slightly shorter battery life that comes with Windows 8?

But ignoring RT, how does the 2520 measure up to the rest of the tablet field?

For the business minded, there's 2GB of RAM, 32GB of storage, wi-fi, LTE, and it's powered by a 2.25GHz Snapdragon quad-core processor.

The 2520 is among the thinner and lighter end of the tablet spectrum, at around 9mm thick and weighing just over 600g, while the display is 1920x1080p Full HD, and made of Gorilla Glass.

For those more keen on using a tablet for 'fun', there's stereo front-facing speakers and three MEMs mics, alongside a 6.7-megapixel rear-facing camera with a Carl Zeiss lens, and two-megapixel front-facing HD equivalent. There's also all the ometers you could possibly need — accelerometer, barometer, magnetometer — as well as a gyroscope, ambient light sensor and proximity sensor.

Nokia's own brand video-editing software, Nokia Video Director, is also onboard. It's one of a number of allusions that Nokia's making that the tablet is a companion device to Lumia smartphones: with NFC on both the 1520 and the 2520, photos and videos can be shared between the two by tapping them together, including through Nokia's photo curation app, Storyteller.

It's a new addition to Nokia hardware, also released at Nokia World, that automatically groups photos according to where or when they were taken using location information from its Here mapping service, and displays them on a map or timeline.

The design of the 2520 is very much in keeping with the look of Nokia's smartphones, and it even bears the Lumia name. While not pitching it exclusively as a companion device, Nokia is highlighting the continuity between the two via an NFC picture sharing functionality: Lumia owners can tap their phone against the 2520 to transfer photos from one to the other, for example.

At launch, the 2520 will just be available in red, but a white, black and cyan version are set to turn up later in the year. The tablet is tipped for arrival in the fourth quarter of this year, priced at $499 in the US and so probably £400 in the UK. That puts it into iPad territory — an area where it might find it tough to compete with an RT machine right now.

Looking at the 2520, it's hard not to be put in mind of Nokia's earlier attempts to broaden its device portfolio beyond smartphones: its Linux tablet range , and its netbook, the Booklet . Both devices were interesting and won fans despite their flaws, but ultimately failed because Nokia priced them out of the range of most people.

Nokia may be about to relive its past, unless the pricing is right this time. The popularity of its low-end device and plaudits for its top-end hardware show Nokia works best when it takes a two speed approach: high specced flagships complete with high price tag, and low-end gear with the cost set accordingly.

Nokia has managed to come out with a mid-range device that hits neither target: it's not fancy enough for power users, and too expensive for the average Joe.

Join Discussion for: Nokia launches first real tablet, and it's...