An extension of the 5G Future X Lab that was built at its Nokia Bell Labs headquarters in New Jersey last year.
Written by Campbell Kwan, Journalist on Sept. 24, 2019 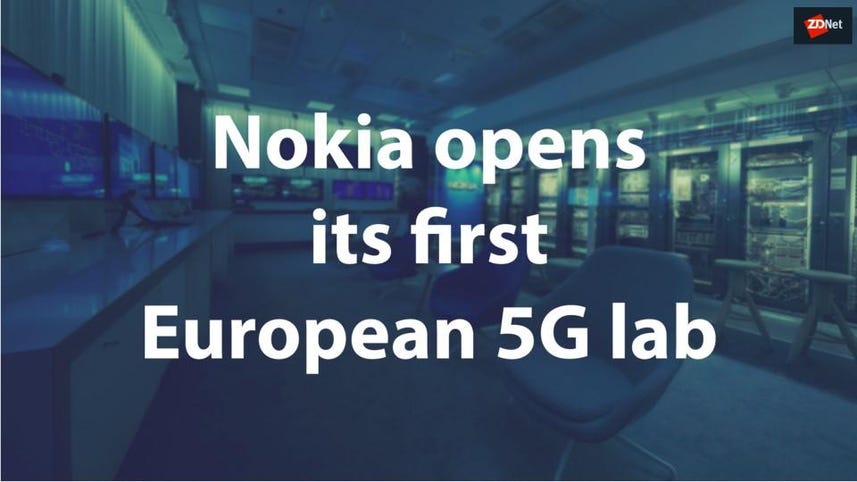 Telco equipment maker Nokia has opened a 5G Lab at its global headquarters in Espoo, Finland that will allow customers to experience the company's 5G equipment, software, and services.

The lab, called 5G Future X Lab, will act as an innovation platform for internal Nokia research, prototype development, and testing, as well as allow the company to engage in wider research.

"The Future X Lab is an extensive build-out of a 5G end-to-end network, enabling customers to explore how a dynamically reconfigurable and automated network can increase network performance in areas of latency, capacity, reliability, and security while reducing total cost of ownership," said Nokia Bell Labs president and Nokia CTO Marcus Weldon.

The lab will be powered with a Universal Adaptive Core, which Nokia touts as being an "agile, access technology-agnostic adaptive cloud-native core" that allows operators to deploy on-demand high-bandwidth services across various access technologies.

It will also house a services center that, according to Nokia, can measure the value of its various 5G products through live network configurations in different industrial automation and consumer use cases.

This is the second 5G Future X Lab that Nokia has built, with the company having opened one at its Nokia Bell Labs headquarters in New Jersey last year.

Earlier this month, Nokia announced a partnership with Japanese telco NTT DoCoMo and industrial automation company Omron to conduct 5G trials. The trials will look to couple 5G and artificial intelligence together to create "real-time coaching" for workers.

"Machine operators will be monitored using cameras, with an AI-based system providing feedback on their performance based on an analysis of their movements," Nokia said.

Nokia has experienced strong growth as late, having reported a 7% year-over-year increase to its net sales for Q2 2019. It also reported that it had rolled out nine live 5G networks and signed 45 commercial 5G deals as of July.

If your performance review isn't going as expected, look for a power cord to pull.

The choices being made by two countries not generally known for shaping the world's technology standards may result in the US falling into a strategic and technological trap of its own making.

First call in Australia made over actual 5G.

As more people keep their smartphones for longer, the survey found that most companies are failing to update older versions.