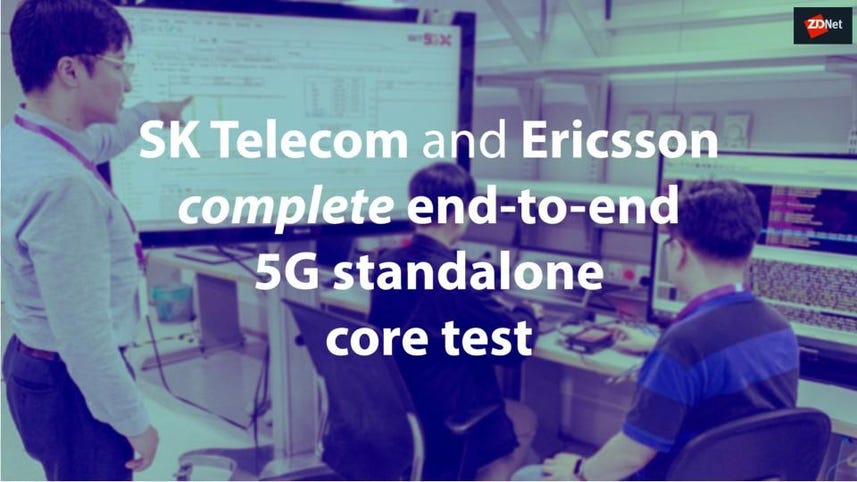 The two used purely 5G systems, from handsets, radio stations, to cores, for the test.

In July, the telco successfully tested interoperability between a 5G SA core and a commercial network with Samsung Electronics, another telco equipment vendor of the company.

See also: Real world 5G not ready for primetime in 2019

SK Telecom said it expects 5G SA to be commercialised within the first half of next year.

It said it will apply network splicing and mobile edge computing technologies on the standalone network to offer customers even better services.

The International Telecommunication Union (ITU), the international telco standard-setting body, is expected to finalise the 5G SA standard in December this year.

South Korean telcos have been racing to deploy a national network using sub-6GHz spectrum since 5G networks were commercialised in April.

Deployment of 5G SA cores are expected to begin shortly after December.

TechRepublic's Karen Roby interviews a telecommunications equipment expert about the potential benefits of sticking with 4G—or even 3G—in areas that aren't ready to move to 5G.