The secretive Washington, DC-based court determined that the Freedom Act, passed earlier this month, would allow the data collection to begin once more.
Written by Zack Whittaker, Contributor on June 30, 2015

The Foreign Intelligence Surveillance Court has ruled the NSA can resume the bulk collection of phone records on millions of Americans.

The court, which oversees the government's surveillance requests, ruled late Monday that the program was legally sound in the wake of the passing of the Freedom Act, ratified a day after key provisions in the Patriot Act expired on June 1. 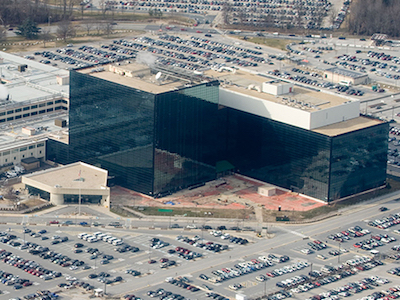 The news was first reported by The New York Times on Tuesday.

In the 26-page filing, the court summed up simply: "The short answer is yes," to the question whether or not the new law would allow the program to continue.

The new bill, however, limits any collection to six months. Lawmakers set in stone the time limit with the intention of giving the NSA grace time to move to a new system where it would request the records from the phone companies.

News of the massive bulk collection of phone records broke two years ago as the debut leak in the long line of news stories dedicated to US government surveillance, based on documents leaked by whistleblower Edward Snowden.

Verizon was named as one of the companies forced to hand over its entire customer base of phone records on a rolling daily basis.

Other companies were not named, but it is widely believed that other phone companies, including AT&T, are under similar orders to serve over its customers data.

Since then, a number of civil cases have been brought to court to challenge the program.

Almost two years following the first leak, an appeals court in May ruled the bulk records collection program was illegal, serving a blow to the program's legitimacy.

However, the presiding judge Michael Mosmon said in the Monday filing that the lower court's ruling was "not binding" and "respectfully disagrees" with the court's findings.

That, however, was disputed by ACLU deputy legal director Jameel Jaffer, who in an emailed statement condemned the move.

"Neither the statute nor the Constitution permits the government to subject millions of innocent people to this kind of intrusive surveillance," he said. "We intend to ask the Second Circuit to prohibit the surveillance and to order the NSA to purge the records it's already collected."

It's not, however, clear if or when the NSA will begin collecting data again. However, the Obama administration applied within hours of the Freedom Act's passing to resume the program.

We reached out to the NSA for comment, but did not immediately hear back.