Initial footprint to be 150 locations across Japan, followed by 500 cities in a year's time.
Written by Chris Duckett on March 17, 2020 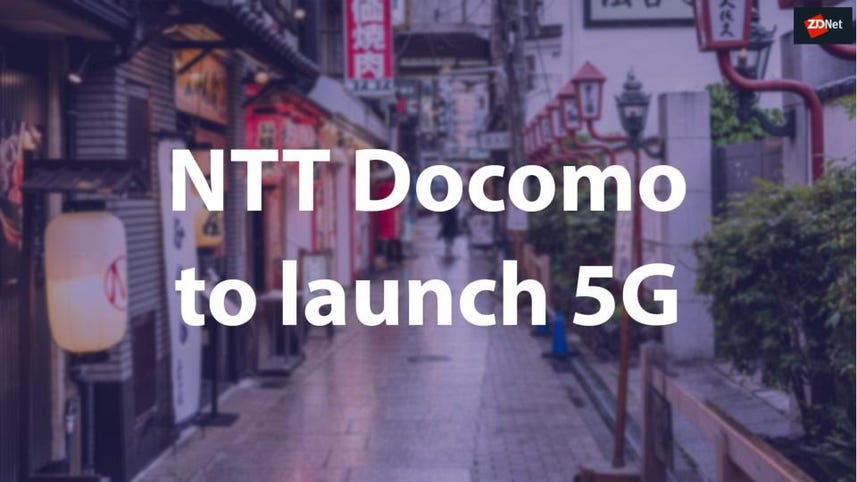 Japanese telco giant NTT Docomo said on Wednesday it would launch its 5G network on March 25.

The network will initially be available at 150 locations, before expanding to all prefectures across Japan by June, and is expected to reach 500 cities by March 2021. Speed-wise, the network will have a maximum downlink data rate of 3.4Gbps, before NTT lifts it to 4.1Gbps in June. Likewise, the uplink will start at a 182Mbps peak, before increasing to 480Mbps.

Some of the initial use cases NTT will pitch to users are live virtual events in 8K resolution, multi-angle viewing of J League football matches, business solutions such as remote work assistance via VR, and facial recognition.

For devices that can be used on the network, NTT Docomo will offer the Samsung Galaxy S20 5G and Aquos R5G immediately, with the LG V60ThinQ and Xperia 1 II to follow in May, and Samsung Galaxy S20+ 5G to appear in May. A Wi-Fi Station hotspot is due to be released in May.

"Going forward, Docomo is committed to steadily expanding and enhancing its 5G network service to create new value for society and to make customers' lives more convenient and fulfilling," the Japanese firm said.

In September, NTT teamed up with Nokia and industrial automation company Omron to conduct 5G trials to monitor workers at their plants and production sites.

As part of the trial, the trio said it would look to couple 5G and artificial intelligence together to create "real-time coaching" for workers.

"Machine operators will be monitored using cameras, with an AI-based system providing feedback on their performance based on an analysis of their movements," Nokia said in a statement at the time.

"This will help improve the training of technicians by detecting and analysing the differences of motion between more skilled and less skilled personnel."

NTT Docomo said on Wednesday it would provide 5G at "key venues" of the Tokyo 2020 Olympics and Paralympics, which at the time of writing, are set to go ahead despite concerns of the coronavirus pandemic sweeping the planet.