Nubia Z11: An Android flagship for the cost-conscious

It's shiny, cheap, direct from China, and comes with more quirks than you can poke a stick at.
Written by Chris Duckett on March 22, 2017 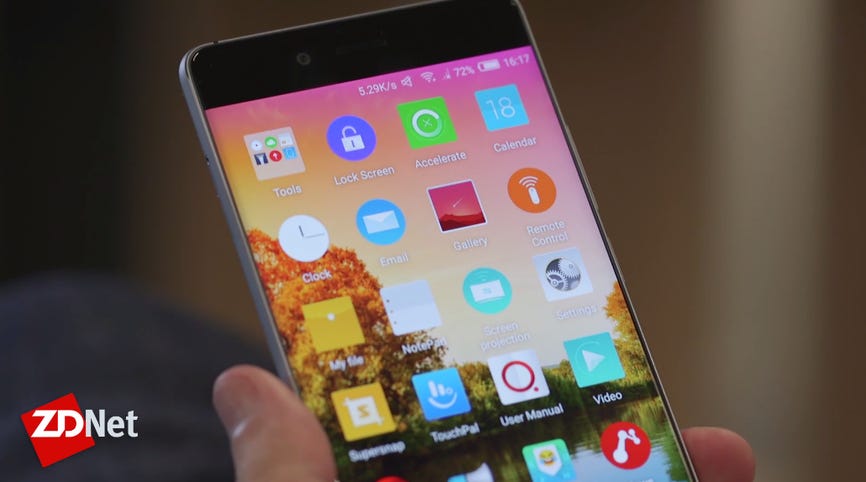 If you haven't heard of Nubia, here is a quick take on them.

Nubia is a ZTE sub-brand that pitches itself to the flagship end of the phone-buying spectrum that tends to sell direct to consumers, and focuses on its Chinese homeland. In recent times, the brand has reached into India and the United States.

And for fans of actual football, the company likely paid a metric truck-load of cash to allow it to sell Cristiano Ronaldo-etched phones -- whether that is a good thing or a bad thing is left as an exercise to the individual.

Returning to the device in question, and the Z11 is hardly the newest handset around. At the time of writing, it is around six months old, which means that when I say it looks like an iPhone, I specifically mean an iPhone 6S.

While hardly looking original -- if the Z11 sold in the quantities that Nubia wishes it did in the United States, the legal teams inside Apple would be rubbing their hands in glee -- this is a good-looking phone with minimal bezels on the vertical sides of the device.

Internally, the phone packs a Snapdragon 820 chip, 4GB of memory by default, 64GB of storage, supports dual SIM cards or a microSD card with a single SIM, and has a 5.5-inch display running at 1920x1080 resolution.

As is the trend of Chinese smartphones, rather than running a version of Android that has some minor touches, Nubia has wrapped Android in its own Nubia UI 4, which is based on Android Marshmallow 6.0.

Nubia UI is a frustrating mix of trying to cater to basic audiences and retaining more customisation options than you can poke a stick at.

For instance, there is no app drawer that is standard to Android, but it supports edge gestures and multitasking in its own unique way. Due to its split screen functionality being tied to a long press on the home button, you'll activate this feature far more often than you will use it. The edge gestures are customisable, but like many devices that try this trick, it is rather hit and miss whether they are invoked correctly.

One of the most breathtaking non-standard choices has been the hiding of the buttons either side of the red home button. In the phone's settings, users can decide which side has the back button, and which is a menu button, however there is no indication of which is which.

And to get a list of open apps, users need to hold down the back button.

ZDNet has had its hands on the Nubia Z11 for a number of months, and for a while, it seemed as though updates to this device were a non-existent event. However, a large update was delivered a couple of weeks ago, and in the realm of non-flagship priced phones, this is significant. Of course the device should get more frequent security updates, but it is much better than the "set and forget" mode that many vendors in its price range operate within.

When looking at this device and its shortcomings, it needs to be remembered that this is a handset retailing in the AU$600 range -- that's the same two phones and a nice dinner equation many phones from China occupy compared to their expensive flagship brethren designed in Korea and the United States, but still manufactured in the Middle Kingdom.

If you are not carrying state secrets, and obey common sense security advice, this phone sits at a security level no better or worse than many other Android phones.

The Nubia Z11 is a phone full of quirks that remains perfectly serviceable, especially if you take advantage of Android's capability to replace any disagreeable default apps or launchers with preferred alternatives.