Mobile computing in 2016 was quite literally explosive, but when you look beyond the schadenfreude of watching Samsung mishandle its defining crisis of the year, the past 12 months have hardly set the world alight.

The best example of the current state of affairs is the Google Pixel XL. Technically, this is the best Android phone on the market at the moment. Its 5.5-inch AMOLED screen is fantastic, the camera lives up to the hype, and the battery on it is immense.

Not only is the hardware top notch, but being a proper Google phone means it is going to receive the newest and greatest Android versions long before those of other Android handset makers -- and if you are OK with handing over vast amounts of personal data to Google, you might find its virtual assistants useful.

But all that said, it's not a phone that I would unreservedly recommend to the average person, and that's because of its cost.

In Australia, the Pixel XL starts at AU$1,270 to buy the 32GB unit outright, or AU$1,420 for the 128GB version -- for the same amount of money, it is possible to buy a pair of Huawei Mate 8s or P9s and still have enough change for a good night out.

For the spec-driven consumer, or smartphone user who absolutely must have the newest and shiniest device, opting for slightly slower device may not be palatable, but the incremental improvements in hardware in recent years have not resulted in any must-have performance gains.

Getting by on a year-old device is hardly slumming it in 2016, in fact, the state of mobile hardware is resembling the real-life performance plateau that PCs have long exhibited -- newer hardware is faster, but refreshing hardware because it cannot keep up with the latest apps is less and less of a factor.

Even if you demand a great camera, the latest hardware, and premium build quality in a new smartphone, as long as you are after an Android device there is probably a device from a Chinese brand that fits the bill.

The reputation of Chinese hardware and software has been tarnished by some very questionable practices, and thoughts of Chinese companies sending data to servers in their own country is enough to cause another round of security-induced panic. Such responses are not without solid reasoning and history, but Google and the United States are not without their own questions to answer as well.

If we dismiss Android as a security nightmare, that leaves the folks at Cupertino as our only phone option. In his review of the iPhone 7 Plus, Matthew Miller said: "The hardware may not visibly be revolutionary, but the internal improvements and the continued advancement of iOS 10 make it an amazing smartphone."

Once again, there is no doubting the merit of the device, but does that merit stack up to AU$1,400? Especially if you are moving over from Android where many of the advances of the iPhone 7 were available in some way, shape, or form -- it's a tough call without a standout feature to rely on.

All the fuss in 2016 at the top end of the market seemed to be about phones exploding, or the removal of a headphone jack.

Meanwhile, low cost handset makers have been quietly munching on the lunch of flagship phone makers, and in China, Oppo and Vivo have streaked ahead while Apple has slumped.

Samsung and Apple appear to have pinned their hopes on bezel-free phones in 2017, to keep the other players at bay. They better hope these devices are gorgeous enough to warrant a AU$1,500 spend. 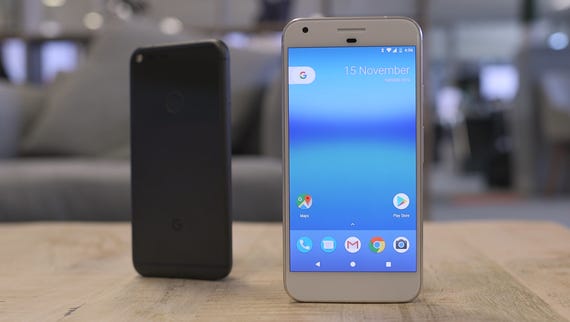