Full Bio
Posted in Between the Lines on May 20, 2018 | Topic: Artificial Intelligence 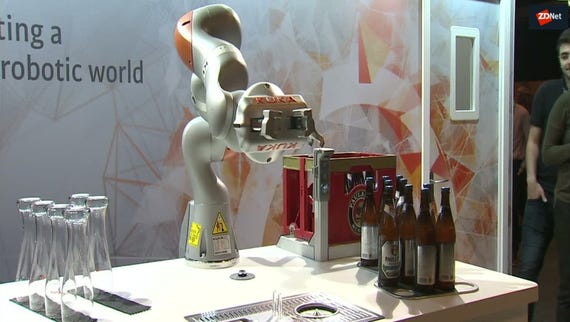 Nvidia researchers have created a deep-learning system that can teach a robot simply by observing a human's actions.

According to Nvidia, the deep learning and artificial intelligence method is designed to improve robot-human communication and allow them to collaborate. The paper will be presented at a conference in Brisbane, Australia.

The robot would see a task via a camera and then infer positions and relationships of objects in a scene. The neural network would then generate a plan to explain how to recreate perceptions. The execution network would carry the task out.

A flow chart of the method goes like this:

Nvidia said its method is the first time where synthetic data was combined with an image-centric approach on a robot.

A video highlighted how the neural network enabled a robot to see a task and then recreate it.