On the proliferation of crapware on the App Store 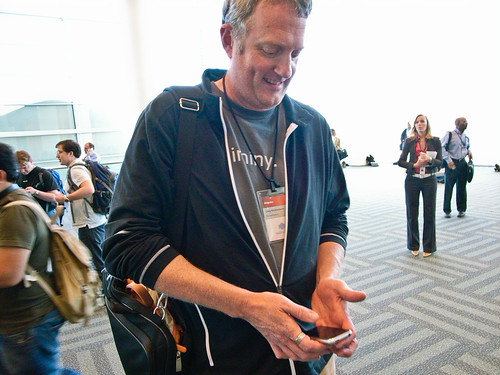 IconFactory's Craig Hockenberry, developer of such gems as Twitterific (iTunes, $9.99) and Frenzic (iTunes, $4.99), recently went on a tirade on the proliferation of 99¢ "crapware" in the App Store.

In is his open letter to Steve Jobs, Ringtone apps, Hockenberry says:

We have a lot of great ideas for iPhone applications. Unfortunately, we’re not working on the cooler (and more complex) ideas. Instead, we’re working on 99¢ titles that have a limited lifespan and broad appeal. Market conditions make ringtone apps most appealing.

The problem, according to Hockenberry, is that the economics of the App Store forces developers to produce easy, cheap apps with low prices so that they'll appear longer on the App Store's vaunted Top 100 list.

I also worry that this low price point for applications is going to limit innovation on the platform. Sure, apps like Ocarina and Koi Pond are very cool and very cheap. But when are we going to see the utility of the platform taken to another level...

While I was initially disappointed that Twitterific Pro cost $10, I quickly realized that you get what you pay for with App Store software, so I agree with the 'Hock on this one.

Where do you stand on iPhone software prices? What's the most expensive app you've purchased? (Mine are StarMap (iTunes, $11.99) and Beatmaker (iTunes, $19.99).