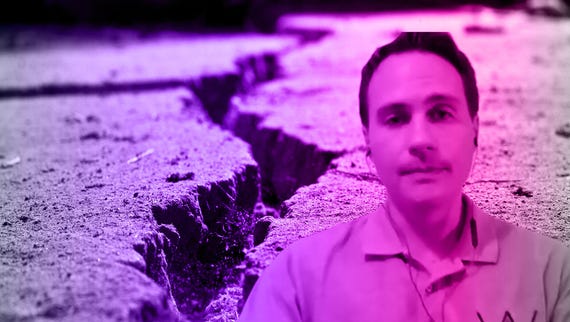 I think the world's trying to tell me something. As I got ready to write this story about The Linux Foundation hosting Grillo's open-source OpenEEW earthquake early warning system, I was hit by North Carolina's worst earthquake in over a century. Of course, a 5.1 magnitude earthquake would barely merit a story in California, but here it was big news. And, frankly, any system that can help warn people about earthquakes is a good thing.

While my little earthquake did no real damage, they can kill thousands of people and destroy billions of dollars of infrastructure. Any early warning can save lives which is why countries like Mexico, Japan, South Korea, and Taiwan have national earthquake early-warning systems (EWW)s.

Earthquakes often hit developing countries the worst due in part to their poor construction and infrastructure. 2010's Haiti earthquake, for instance, killed more than 200,000 people and caused over 10 billion dollars of damage.

Timely alerts can save lives in the communities where earthquakes pose the greatest threat. EEW systems provide public alerts in some countries. Even a few seconds can make a difference. But, as The Linux Foundation states, "nearly three billion people globally live with the threat of an earthquake and don't have access to nation-wide systems, which can cost upwards of one billion U.S. dollars." OpenEEW wants to help reduce these costs, accelerate their deployments around the world, and help save many lives.

"The OpenEEW Project represents the very best in technology and in open source," said Mike Dolan, The Linux Foundation's senior vice president and GM of Projects. "We're pleased to be able to host and support such an important project and community at the Linux Foundation. The open-source community can enable rapid development and deployment of these critical systems across the world."

The OpenEEW Project is made up of several core IoT components: Sensor hardware and firmware that can rapidly detect and transmit ground motion; real-time detection systems that can be deployed on various platforms from a Kubernetes cluster to a Raspberry Pi; and user EEW applications.

Google's early warning system uses Android phones' built-in accelerometers to detect earthquakes. It then alerts Google's earthquake detection server, which coordinates the data to find the tremor's epicenter. It then sends out alerts.

The Grillo OpenEEW sensors consist of a high-performance Micro-Electro-Mechanical Systems (MEMS) accelerometer, a network connector, a loud buzzer, and 3 bright Neopixel LEDS. It has already proven to be as good as seismometers that cost 60x more. For example, the OpenEEW system caught the recent 4.8 Puerto Rico earthquake as it happened.

There are two important differences between Grillo's sensors and the ones in smartphones. Grillo's founder Andres Meira explained that while the phone approach would work well in urban areas, "Google's smartphone solution doesn't work well in seismic regions where earthquakes happen in sparsely populated areas (New Zealand, Nepal, etc). There you need fixed stations." In addition, "The OpenEEW sensors feature higher quality accelerometers and so are more suitable for researchers or other applications."

IBM, an OpenEEW founding member, is deploying more sensors in Puerto Rico. These work together using an IBM cloud-hosted Node-Red dashboard. IBM is also creating a Docker containerized version of the detection component, which can be deployed to Kubernetes and Red Hat OpenShift on the IBM Cloud.

The project's point, besides helping to save lives, is to encourage makers, data scientists, entrepreneurs, and seismologists to build EEWs in places like Nepal, New Zealand, Ecuador, and other remote regions prone to earthquakes. OpenEEW also hopes open-source developers and engineers can help advance sensor hardware design; improve earthquake detection and characterization through machine learning, and create new methods for delivering alerts to people.

Both Google and OpenEEW's projects will help make earthquakes more survivable for everyone. That's one goal we can all agree on.