​Open source is 20: How it changed programming and business forever

"The reward of victory is often another set of battles."
Written by Steven Vaughan-Nichols, Senior Contributing Editor on Feb. 2, 2018 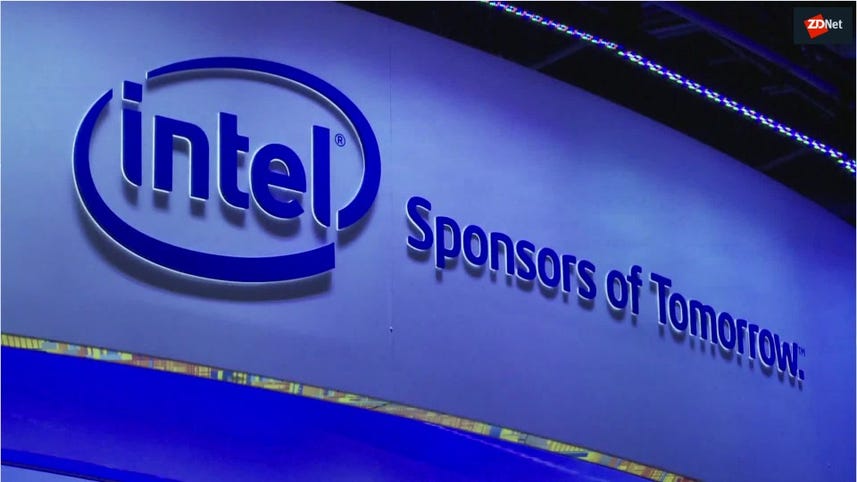 Every company in the world now uses open-source software. Microsoft, once its greatest enemy, is now an enthusiastic open supporter. Even Windows is now built using open-source techniques. And if you ever searched on Google, bought a book from Amazon, watched a movie on Netflix, or looked at your friend's vacation pictures on Facebook, you're an open-source user. Not bad for a technology approach that turns 20 on February 3.

Now, free software has been around since the first computers, but the philosophy of both free software and open source are both much newer. In the 1970s and 80s, companies rose up which sought to profit by making proprietary software. In the nascent PC world, no one even knew about free software. But, on the Internet, which was dominated by Unix and ITS systems, it was a different story.

In the late 70s, Richard M. Stallman, also known as RMS, then an MIT programmer, created a free printer utility based on its source code. But then a new laser printer arrived on the campus and he found he could no longer get the source code and so he couldn't recreate the utility. The angry RMS created the concept of "Free Software."

RMS's goal was to create a free operating system, Hurd. To make this happen in September 1983, he announced the creation of the GNU project (GNU stands for GNU's Not Unix -- a recursive acronym). By January 1984, he was working full-time on the project. To help build it he created the grandfather of all free software/open-source compiler system GCC and other operating system utilities. Early in 1985, he published "The GNU Manifesto," which was the founding charter of the free software movement and launched the Free Software Foundation (FSF).

This went well for a few years, but inevitably, RMS collided with proprietary companies. The company Unipress took the code to a variation of his EMACS programming editor and turned it into a proprietary program. RMS never wanted that to happen again so he created the GNU General Public License (GPL) in 1989. This was the first copyleft license. It gave users the right to use, copy, distribute, and modify a program's source code. But if you make source code changes and distribute it to others, you must share the modified code. While there had been earlier free licenses, such as 1980's four-clause BSD license, the GPL was the one that sparked the free-software, open-source revolution.

In 1997, Eric S. Raymond published his vital essay, "The Cathedral and the Bazaar." In it, he showed the advantages of the free-software development methodologies using GCC, the Linux kernel, and his experiences with his own Fetchmail project as examples. This essay did more than show the advantages of free software. The programming principles he described led the way for both Agile development and DevOps. Twenty-first century programming owes a large debt to Raymond.

Like all revolutions, free software quickly divided its supporters. On one side, as John Mark Walker, open-source expert and Strategic Advisor at Glyptodon, recently wrote, "Free software is a social movement, with nary a hint of business interests -- it exists in the realm of religion and philosophy. Free software is a way of life with a strong moral code."

On the other were numerous people who wanted to bring "free software" to business. They would become the founders of "open source." They argued that such phrases as "Free as in freedom" and "Free speech, not beer," left most people confused about what that really meant for software.

The introduction of the term "open source software" was a deliberate effort to make this field of endeavor more understandable to newcomers and to business, which was viewed as necessary to its spread to a broader community of users. The problem with the main earlier label, "free software," was not its political connotations, but that -- to newcomers -- its seeming focus on price is distracting. A term was needed that focuses on the key issue of source code and that does not immediately confuse those new to the concept. The first term that came along at the right time and fulfilled these requirements was rapidly adopted: open source.

To help clarify what open source was, and wasn't, Raymond and Bruce Perens founded the Open Source Initiative (OSI). Its purpose was, and still is, to define what are real open-source software licenses and what aren't.

Stallman was enraged by open source. He wrote:

The two terms describe almost the same method/category of software, but they stand for views based on fundamentally different values. Open source is a development methodology; free software is a social movement. For the free software movement, free software is an ethical imperative, essential respect for the users' freedom. By contrast, the philosophy of open source considers issues in terms of how to make software 'better' -- in a practical sense only. It says that non-free software is an inferior solution to the practical problem at hand. Most discussion of "open source" pays no attention to right and wrong, only to popularity and success.

He saw open source as kowtowing to business and taking the focus away from the personal freedom of being able to have free access to the code. Twenty years later, he's still angry about it.

In a recent e-mail to me, Stallman said, it is a "common error is connecting me or my work or free software in general with the term 'Open Source.' That is the slogan adopted in 1998 by people who reject the philosophy of the Free Software Movement." In another message, he continued, "I rejected 'open source' because it was meant to bury the "free software" ideas of freedom. Open source inspired the release ofu seful free programs, but what's missing is the idea that users deserve control of their computing. We libre-software activists say, 'Software you can't change and share is unjust, so let's escape to our free replacement.' Open source says only, 'If you let users change your code, they might fix bugs.' What it does says is not wrong, but weak; it avoids saying the deeper point."

Philosophical conflicts aside, open source has indeed become the model for practical software development. Larry Augustin, CEO of SugarCRM, the open-source customer relationship management (CRM) Software-as-a-Service (SaaS), was one of the first to practice open-source in a commercial software business. Augustin showed that a successful business could be built on open-source software.

Other companies quickly embraced this model. Besides Linux companies such as Canonical, Red Hat and SUSE, technology businesses such as IBM and Oracle also adopted it. This, in turn, led to open source's commercial success. More recently companies you would never think of for a moment as open-source businesses like Wal-Mart and Verizon, now rely on open-source programs and have their own open-source projects.

As Jim Zemlin, director of The Linux Foundation, observed in 2014:

A new business model has emerged in which companies are joining together across industries to share development resources and build common open-source code bases on which they can differentiate their own products and services.

Today, Hall looked back and said "I look at 'closed source' as a blip in time." Raymond is unsurprised at open-source's success. In an e-mail interview, Raymond said, "Oh, yeah, it *has* been 20 years -- and that's not a big deal because we won most of the fights we needed to quite a while ago, like in the first decade after 1998."

"Ever since," he continued, "we've been mainly dealing with the problems of success rather than those of failure. And a whole new class of issues, like IoT devices without upgrade paths -- doesn't help so much for the software to be open if you can't patch it."

In other words, he concludes, "The reward of victory is often another set of battles."

These are battles that open source is poised to win. Jim Whitehurst, Red Hat's CEO and president told me:

The future of open source is bright. We are on the cusp of a new wave of innovation that will come about because information is being separated from physical objects thanks to the Internet of Things. Over the next decade, we will see entire industries based on open-source concepts, like the sharing of information and joint innovation, become mainstream. We'll see this impact every sector, from non-profits, like healthcare, education and government, to global corporations who realize sharing information leads to better outcomes. Open and participative innovation will become a key part of increasing productivity around the world.

Open-source is much more than just a process to develop and expose technology. Open-source is a catalyst to drive change in every facet of society -- government, policy, medical diagnostics, process re-engineering, you name it -- and can leverage open principles that have been perfected through the experiences of open-source software development to create communities that drive change and innovation. Looking forward, open-source will continue to drive technology innovation, but I am even more excited to see how it changes the world in ways we have yet to even consider.

Indeed. Open source has turned twenty, but its influence, and not just on software and business, will continue on for decades to come.

Home & Office
Hiring developers? This is how many interviews it takes to fill a job