Government bodies in the UK now have to embrace open standards, after the Cabinet Office formally adopted a new set of principles on Thursday.

The Open Standards Principles (PDF) are intended to drive down the cost of government IT spending, allow greater interoperability of IT systems across government and make sure that citizens have greater access to data and services.

The implications are vast: government web services cannot be tied to any particular browser; software procurement has to skew towards open standards unless there is a good reason for it not to; and the UK public sector will have to move towards a small set of core standards ensuring interoperability.

"Government must be better connected to the people it serves and partners who can work with it — especially small businesses, voluntary and community organisations," Cabinet Office minister Francis Maude said in a statement. "Having open information and software that can be used across government departments will result in lower licensing costs in government IT, and reduce the cost of lock-in to suppliers and products."

The Conservatives have been pushing for open standards since the 2010 election campaign, although the road to implementing those promises has been somewhat rocky.

A key issue has been the definition of 'open standards' — the government originally said open standards must have "intellectual property made irrevocably available on a royalty-free basis", but then pulled that definition. It was then accused of bowing to pressure from Microsoft and the Business Software Alliance (BSA) on this point, although it denied this. 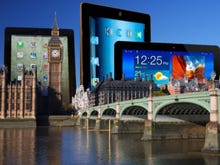 iPad inertia: Does Apple's tablet have a future in Whitehall? iPads may be a common part of most organisations' IT infrastructure. But for the UK government, the Apple tablet remains firmly outside the mainstream.

The Cabinet Office launched a fresh consultation in February , with the definition of 'open standards' insisting that "rights essential to implementation of the standard, and for interfacing with other implementations which have adopted that same standard, are licensed on a royalty-free basis that is compatible with both open source and proprietary licensed solutions".

According to deputy government CIO Liam Maxwell, everyone in government "can see where the logic in this [the open standards mandate] works".

However, Maxwell noted in a conference call on Thursday that the consultation had shown there were "packets of inertia" among suppliers, regarding the switch to open standards. "There was a lot of trying to change the question we were asking", he said.

"People will find in the market that this [the mandate] will help innovation and will help companies work together," he said, adding that it would also save a lot of money. As an example, he said one G-Cloud supplier had quoted £4m for a "piece of hosting work", but the open-standards alternative came in at £50k.

"We've got a lot of programs which are still running and will continue to run because they're classic oligopolistic programs that were booked in for seven years, so waiting to get off of those will mean that the cost of IT continues to run hard," Maxwell warned. "But, with the cost of new IT, we can see this helping us deliver that at radically different pricing."