On top of a $1.2bn buyout offer from a Chinese internet consortium last month, and the recent addition of an ad-blocking feature to its desktop offering, Norwegian software firm Opera has another big event in view: the creation of a new browser concept.

"We are working on it. We're definitely still in the business of making web browsers, and this is something we plan to continue with. Even though mobile is where Opera has most of its users, we're working very actively on a new desktop web browser," Wium Lie says.

He's reluctant to reveal whether it will be a new main version of Opera's standard desktop browser, or a separate product. But he is talking about improvements to the look and user interface, as well as to the browser rendering engine itself. 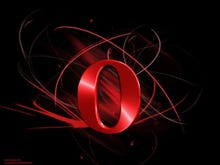 Show me the money: How Opera started thinking about the bottom line – and what that did to its software A few years back, Norwegian browser maker Opera was really struggling. Now, it's put the bottom line front and centre – and that's having a knock on effect on its products, from Coast to its mobile offerings.

"We're all browser users ourselves, so I'm a bit egoistical here. I want Opera to make a browser that I not only will use, but also will greatly enjoy. I've a few ideas myself, but it isn't as if I get all my ideas through. We have too many ideas, that's the problem," Wium Lie says.

"We cannot implement them all, but we'll find a nice selection that we'll embed, both on top of the engine and we'll also work actively within the engine itself."

"We'll go down into the 'basement' and rummage there, and tidy up a bit. We see performance as very important, and we see that everything doesn't always work smoothly. Webpage makers are more ambitious these days, and it's demanding to make everything work perfectly, especially with 500 tabs open."

Those demands on loading speeds are behind Opera's recently launched ad-blocking feature, which is built into the browser's webpage rendering engine.

Even though Opera's web browser is based on Google's Blink rendering engine, that doesn't mean the code is inaccessible.

"We're deeply into the Blink code and are module owners of several parts of the engine. Google is the only company contributing more to Blink than Opera is," Wium Lie says.

But he isn't just fixated on the nuts and bolts under the hood. He thinks a web browser also needs to look good to the user.

"The aesthetics are important. We know that many computer users enjoy things because they look good, and we're also thinking a lot about that," Wium Lie says.

"We have some beautiful screenshots, sketches, and ideas internally, but unfortunately nothing we'd like to show you yet. To use the screen in a beautiful and effective manner is important. Humans are very visually oriented, so this must look good."

Wium Lie promises that Opera will release the new browser in 2016. However, he won't say anything about specifics, when and whether this will be a totally new product or just a new version of Opera's current desktop product.

On the question of platform support, he thinks more people than the Windows crowd should get to use the new browser.

"We must absolutely cover more operating systems than Windows. I'm a Linux user myself, but I don't always get my wishes through internally," he says.

Nevertheless, Opera's CTO is very clear about the scope for a new browser to flourish.

"A new web browser is needed. We're all dependent on the web, so the browser is the most important tool on the desktop," Håkon Wium Lie says.

"Many of us are using the web several hours of the day, and therefore we need a web browser that makes you feel safe and secure, and is fast and beautiful."

Join Discussion for: Opera's CTO: Why the world needs a new web...