Exactly one month on from its launch, the Open Container Project is reporting a surge in signatories, which now include Oracle and Twitter.

The non-profit initiative to establish container standards is also citing rapid progress on draft container specifications, as well as with plans for its own governance - and has even tweaked the project name itself.

From today, it is renamed the Open Container Initiative, "to remove confusion with any other projects". The most obvious clash for the OCP three-letter initialism is with the Open Compute Project. But other top search results include Omni Consumer Products, the sinister mega-corporation from the Robocop movies.

The Open Container Initiative, created under the auspices of the Linux Foundation, aims to institute core runtime and format standards that will foster the current high levels of innovation in containers, while protecting users against lock-in and market fragmentation.

When the project was unveiled at last month's DockerCon in San Francisco, Docker donated the code and specs for its container format and runtime to the project, which also includes the App Container spec, or appc, initiative and its founding member CoreOS. 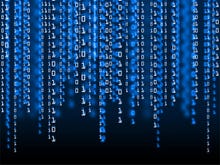 Docker is the most popular technology for automating the creation and deployment of apps in containers - a lighter-weight form of virtualisation. The idea is to free developers from software and infrastructure dependencies, cutting costs and creating efficiencies in the process.

Container standardisation is important to Twitter infrastructure, according to Twitter director of engineering, cloud infrastructure, JC Martin. "We look forward to contributing code and our expertise to the initiative," he said in a statement.

The presence of Oracle is consistent with the project's goal of establishing a universal container runtime that functions across operating systems, which will now include Solaris as well as Linux and Windows.

Docker Inc technical staff member Patrick Chanezon said the support of large vendors and user organisations, such as Oracle and Twitter, is important.

"But there's another angle, which is that there are several small companies that are really pushing the limit on what containers can do and how to monitor them - they're joining as well. That, on the technical side, is super-interesting," he said.

Draft Open Container Initiative specifications have made significant progress on GitHub, where they are evolving as a set of pull requests, generating much discussion in the process, according to Chanezon.

"The reference implementation in Runc [command-line tool for spawning and running containers] is evolving at the same time. Runc should track the spec pretty closely and should compile, and people should be able to play with that," he said.

A first draft of the Open Container Initiative's specification is expected to be available by the end of July or the beginning of August.

"I've been involved in many open-source projects and many standards like these in the past. I've been impressed that we gathered everybody and the work started right away, and the draft spec will be there six weeks after we announced it. I've never seen anything go as fast as this," he said.

"It's because containerisation is so important but also because we really gathered everybody around that standard. In the spec discussions before we made the announcement about the Open Container Project there was lots of, 'Should we do it like this or like that?'.

"Once we all agreed on a common technical vision, the execution went super fast. That we have results so fast is really a testament to the fact that we really nailed it with what everybody can agree on, which is what the project is all about."

​Google releases Kubernetes 1.0: Container management will never be the same Google's open source container deployment and management tool is ready for general use in production environments.

Work on the formal governance for the technical committee is also advanced, Chanezon said, and has resulted in proposals set out in a Maintainer's Guide.

The Open Container Initiative has three levels of activity. The first is the technical leadership, consisting of the leaders of the libcontainers project donated by Docker, along with two experts from appc - one from Red Hat and one from CoreOS.

A neutral technology oversight board, consisting of practitioners rather than vendors, ensures the technical team is operating in an independent and impartial fashion. At the top level is the Linux Foundation itself, which will deal with issues such as trademarks and fiduciary oversight.

Join Discussion for: ​Oracle and Twitter pile in behind renamed...