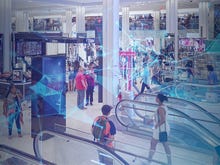 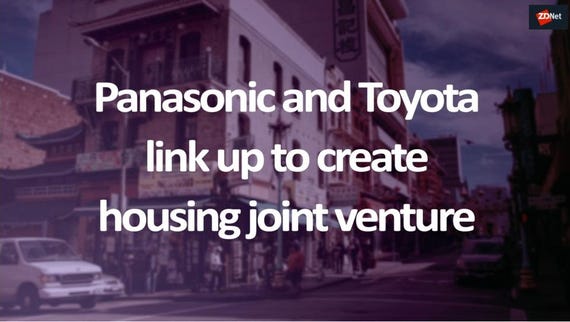 Panasonic and Toyota have partnered up to create a joint venture that focuses on bolstering their town development businesses in Japan.

According to a joint statement from the companies, the principal lines of business for the venture will be town development, contracting new housing construction, home remodelling, and other housing-related operations.

Each company will have a 50% stake in the joint venture.

The joint venture was formed as both companies believe that further advancements in mobility, such as in automated driving and development of communication technology and other fields, has created an opportunity to take advantage of customers' increased valuing of "the degree of satisfaction with the service infrastructure for daily life" of a town.

"I want to take on the challenge of providing a new kind of lifestyle, based on the spirit of always wanting to be better and better, while bringing together the strengths of Toyota, with its vehicle business and connected business, and Panasonic, with its home appliance business, battery business, and IoT business, and enhancing our competitiveness, with the housing business of both companies as the core," Toyota CEO Akio Toyoda said.

The move also comes at a time when ride-sharing services are becoming more competitive in the automotive markets, with GM's Cruise raising another $1.15 billion earlier this week and Uber's IPO set for sometime this month.

This isn't the first time Panasonic and Toyota have partnered together, with the two Japanese conglomerates creating a joint venture in January to research, develop, and manufacture advanced prismatic cells for the batteries in electric cars.

The pair are also working together, alongside several Japanese government entities, to deploy robots at the 2020 Tokyo Olympics to help people during the event.

Robots are going to take over Tokyo during the upcoming Olympic and Paralympic Games, which will be as much technology showcase as athletic competition.

Reports suggest the companies are planning to form a joint venture in EV battery research and manufacture.