Reports suggest the companies are planning to form a joint venture in EV battery research and manufacture.
Written by Charlie Osborne, Contributor on Jan. 21, 2019 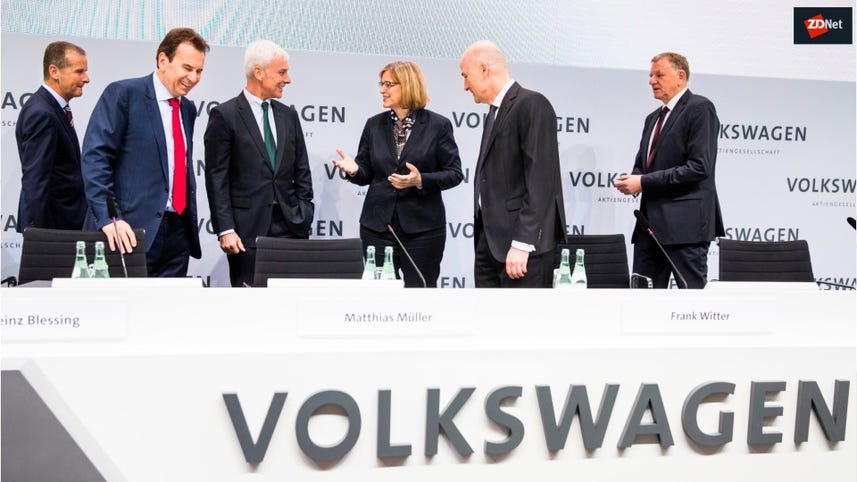 Toyota and Panasonic are coming together to create a joint venture (JV) focused on electric vehicle battery research and development with a focus on bringing down the cost of these critical EV components.

According to Japanese publication Nikkei, the automaker and tech giant will create the JV in 2020, in which Toyota will hold a 51 percent controlling stake and Panasonic will own 49 percent.

The JV will specialize in solid-state batteries, with an overall aim of creating products with up to double the capacity of batteries commonly used in hybrid vehicles today.

Nikkei says that these batteries will potentially enter mass production in the same year as the joint venture's creation.

Toyota partner and subsidiaries Mazda Motor, Daihatsu Motor and Subaru will be supplied with the new batteries. The publication also says that Panasonic will move a total of five automotive battery production facilities, based in China and Japan, to the joint venture.

Panasonic is already in a partnership with EV manufacturer Tesla, in which both companies have combined their resources to pursue lithium-ion battery research. Founded by entrepreneur Elon Musk, Tesla intends to expand beyond one battery factory -- known as the Gigafactory -- to up to five in order to cater to future electric vehicle battery demands, as well as for the production of solar panels.

However, the new JV is not expected to impact the joint plant Panasonic operates with Tesla.

The company has also inked a deal with Japanese conglomerate SoftBank to form a separate joint venture, dubbed Monet Technologies, which will develop vehicle dispatch services for Japanese government agencies and companies.

At CES 2019, in Las Vegas this year, Toyota also revealed details concerning Guardian driver assist. The system is designed for human drivers to be in control most of the time but will come into play in dangerous scenarios such as potential collisions between vehicles.

"The recent media report is not based on an official announcement.

Although Toyota and Panasonic have announced an agreement to begin studying the feasibility of a joint automotive prismatic battery business on 13 December 2017, we would like to refrain from commenting beyond what we have already announced."

ZDNet has reached out to Toyota and will update if we hear back.