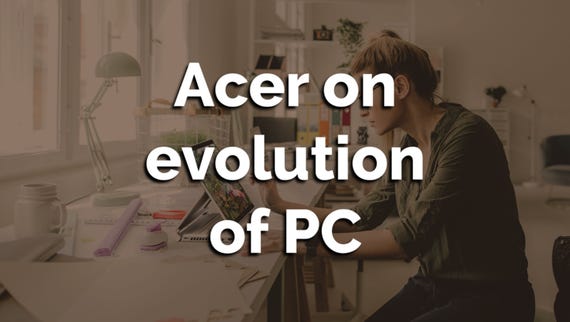 The PC industry is looking at something of a mixed bag of results for 2021, with full-year shipments on target to reach 344.7 million in 2021 — marking growth of 13.5% compared to 2020 — but also a significant decline in holiday season sales, according to tech analyst firm IDC.

Sales in multiple industries, including tech, have been hampered by persistent pandemic-induced supply chain woes. The demand is there, but products aren't.

While 2020 saw PC sales grow faster than they had for a decade, continued growth in 2021 was hamstrung by chip and component shortages. Even the 2020 boom in Chromebook sales for education came to end in the third quarter of 2021, declining 29% year on year.

With shortages impacting the whole tech industry, IDC is predicting shipments of PCs will decline 3.4% year on year in the fourth quarter 2021 holiday-shopping season. Tablet shipments are faring worse, tipped to decline 8.6% this holiday season, despite the segment's shipments growing 4.3% annually.

IDC said that due to supply chain problems, PC manufacturers have been prioritizing commercial demand in recent months because businesses tend to be larger and there are more guaranteed buyers compared to the consumer and education.

The one bright spot in the tech hardware business is gaming consoles, such as the Sony PlayStation 5 and Microsoft Xbox Series X and S, which have also been difficult to buy due to shortages.

"While we have seen some slowing of consumer demand in certain segments and markets, demand for gaming remains an exception and overall consumer demand is well above pre-pandemic levels. Additionally, the onset of saturation in some education markets is another cause for lower expectations in the coming quarters," says Jitesh Ubrani, a research manager with IDC's mobility and consumer device group.

IDC expects the two-year run of double-digit growth to begin to slow in 2022, but remain positive with a five-year compound annual growth rate of 3.3%, driven by notebooks. However, it also expects tablets to decline as they're squeezed by more capable smartphones and versatile notebooks.

The analyst is predicting that the boom in notebook sales will make future growth from consumer purchases more difficult in traditional PCs in part because of supply issues, but also because consumers won't immediately refresh hardware they've bought in the past two years.

IDC earlier this month noted that tablet sales in the third quarter declined 9.4% year on year. Apple and Lenovo were the only tablet makers whose shipments grew.

Rival analyst Canalys recently reported that third quarter shipments of desktops, notebooks, tablets and workstations fell 16% year on year. Notebooks declined 15% primarily due to a sharp decline in Chromebook sales. US tablet shipments dropped by over 23% in the quarter, according to Canalys.

Join Discussion for: PC makers focus on business customers as...