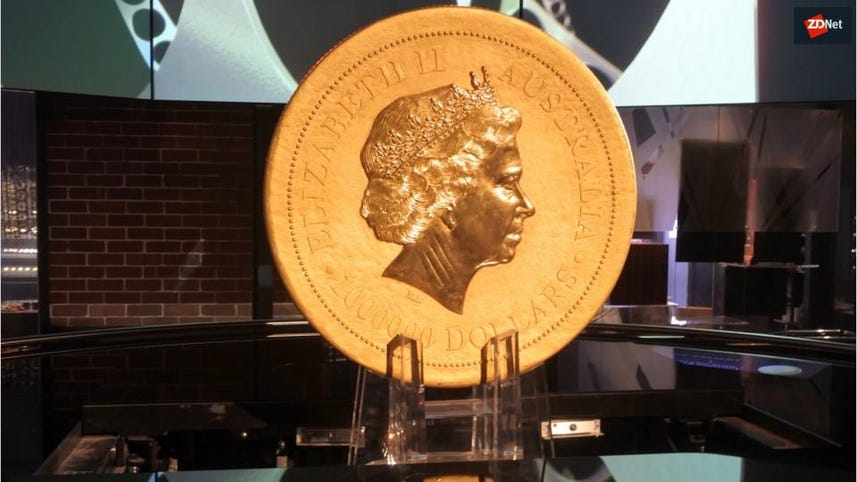 The Perth Mint has announced an expansion of its partnership with Australian Securities Exchange (ASX)-listed Security Matters (SMX) to launch "The trueGold Consortium".

The consortium will be owned 50/50 by the Mint and SMX, "until further entities that may add value, become shareholders, in addition to third party investors who will also further dilute the equity structure".

SMX describes itself as being focused on digitising physical objects on the blockchain to enable a circular and closed loop economy.

SMX and the Mint in February announced a "mine-to-marketplace ethical gold supply chain assurance" solution. At the time, the pair said that following regulatory approvals, the initiative would lead to the formation of "trueGold".

The companies said they would then commence the development of a "high-tech proprietary supply chain solution" that utilises SMX's blockchain technology.

"The establishment of trueGold's global tech platform once adopted, is expected to help to enhance, [complement], and promote the current ESG frameworks provided by the World Gold Council (Responsible Gold Mining Principles) and London Bullion Market Association (Responsible Gold Guidance) by offering a technology and blockchain platform that can promote and drive integrity, anti-counterfeiting, corporate transparency, accountability, and sustainability across the gold industry value chain," SMX said in an ASX update on Wednesday.

SMX said it intends for trueGold to encourage further consensus and trust around provenance, responsible sourcing, and production standards.

"It intends not only to incentivise the sourcing of gold production from conflict free areas, but also build trust between upstream and downstream partners and reduce financial and transactional risk, cost, and time," it continued.

"The trueGold initiative is a gamechanger for the international gold industry, allowing the tracking of gold from mine site to end consumer," Perth Mint CEO Richard Hayes added. "Refining the bulk of Australia's gold production, Perth Mint is well placed to support trueGold in becoming the global standard for supply chain integrity and traceability."

Full commercial rollout is expected to begin in the first quarter of next year.

The initiative follows the Mint in October launching a new gold token -- a digital token backed by a certificate issued by the Mint and guaranteed by the Western Australian government.

Meanwhile, SMX in September lodged a patent application in the United States pertaining to materials and methods used in the marking, classification, and identification of seeds and plants.

Its patent can be applied to mark, track, and manage the supply chain of cannabis plants, cannabis products, and products containing cannabis-derived ingredients. It also covers the use of its own chemical solution for marking plants that could be completed during any of the six stages of plant growth and cultivation, as well as directly to the seed prior to planting.