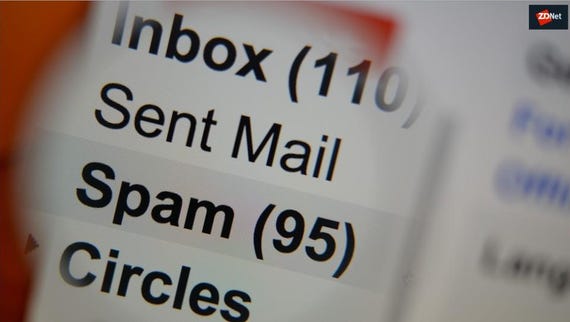 Phishing emails were the first stage of some of the biggest hacks and data leaks of the last few years and groups behind such attacks are continuing to evolve new strategies.

In a talk at the Black Hat 2019 security conference, Google security researcher Elie Bursztein and University of Florida professor Daniela Oliveira detailed why these social engineering attacks remain effective, even though they have been around for decades.

While bulk phishing campaigns only last for 13 hours, more focused attacks are even more short lived; what Google terms as a 'boutique campaign' -- something aimed at just a few individuals in a company -- lasts just seven minutes. In half of all phishing campaigns, the email pretends to have come from the email provider, in a quarter it claims to be from a cloud services provider; after that it's most likely masquerading as a message from a financial services company or ecommerce site.

The fraudsters and hackers are also up against pretty poor opposition: Google found that 45% of internet users don't understand what phishing is or the risk associated with it.

As phishing gangs are adept at using psychological tricks (like urgency and the fear of missing out) to trick people into clicking, users' failure to realise there is a threat associated with such emails is a significant problem. "This lack of awareness increases the risk of being phished and potentially hinders the adoption of two-step verification," Google warned.

Join Discussion for: Phishing emails: Here's why we are still...