EnterpriseDB says a tool unveiled today that connects Postgres and MySQL databases strengthens the position of Postgres as an alternative standard database.

The MySQL foreign data wrapper allows remote data from Oracle's open-source database to be defined as a table in Postgres, so firms can run SQL queries across it along with local Postgres tables as if they were all local.

According to EnterpriseDB, foreign data wrappers enable Postgres to serve as a data hub for other databases a business might be running, combining the data to provide a single view.

"It's an important piece of technology that's part of a much bigger strategic shift," EnterpriseDB CEO Ed Boyajian said. "Postgres is emerging in the datacentre as a new de facto standard database. This type of technology — among many things — puts Postgres in that position."

An earlier MySQL interface, SQL/MED, or SQL Management of External Data, released with version 9.1 in 2011 prepared the ground for Postgres foreign data wrappers, with write capabilities added in version 9.3. The new extension, which is being made available to the open-source community, offers read and write access and improved performance.

EnterpriseDB sells apps and services as well as its own commercial release of Postgres — full name PostgreSQL — which currently sits in fourth place in the DB-Engines rankings, behind Oracle, MySQL and Microsoft SQL Server.

Boyajian said other factors strengthening the position of the open-source relational database are improvements in performance and features such as its full ACID compliance, and support for the JSON data type, with JSONB, which allows data to be stored in Postgres in a binary format, available in version 9.4.

"So we can handle unstructured data in the same way that MongoDB does. Then you add to that the flexibility that people get with open source and suddenly you have a database that has so many of the attributes that enterprise customers want they're ready to accept it broadly. Things like foreign data wrappers just extend that further," he said.

"It's a step on a path. It's certainly easier for IT decision makers not to move but to experiment with data integration. But we certainly see a pattern where people step off and then begin to replace the extra databases with Postgres. We've seen that happen in so many customer examples. It wasn't specifically around exposure via a foreign data wrapper but it could certainly serve that purpose."

EnterpriseDB says foreign data wrappers are one focus for its engineering efforts, with a new MongoDB extension announced in July and work continuing on one for Hadoop. Postgres already offers a number of these tools for databases including CrouchDB, IBM Informix, Neo4j, Oracle and Redis. 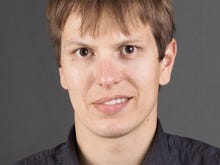 MySQL: Why the open source database is better off under Oracle Oracle's stewardship has been good for the MySQL database argues Percona CEO Peter Zaitsev.

"Where they have specified into their standard architectures the more commonly-known big database vendors — Oracle, Microsoft, IBM — what we're finding is they're starting to accept Postgres as a second- or third-tier database," he said.

"In doing that they're looking also for ways to integrate Postgres more completely and to find ways to use Postgres more broadly. So in addition to all the features that we're adding to give more opportunity for workloads, whether they're new or existing workloads to run on Postgres, we introduced foreign data wrappers."

EnterpriseDB's Postgres Advanced Server product adds a layer of Oracle compatibility on top of PostgreSQL, which is designed to make it easier to migrate apps from Oracle without extensive code rewrites. Other tools include Postgres Enterprise Manager, which also works with community Postgres and offshoots such as Postgres Plus Cloud Database.

Boyajian said EnterpriseDB is continuing to work on the usability and manageability of Postgres.

"You've seen some of our tooling with Postgres Enterprise Manager. That's a big part of getting enterprise IT shops and putting them in a position to deploy broadly," he said.

"We can have a great underlying technology but we need the tooling infrastructure to be sufficient to help expand that use. We're going to continue to work on performance and scalability. That's as foundational to the work we do as any other work."