Prediction: 2019 is the year robotics industry takes a hard look at safety

After explosive growth in the industry, some fear not enough attention has been paid to safety. This is the year that could change.
Written by Greg Nichols, Contributor on Jan. 24, 2019 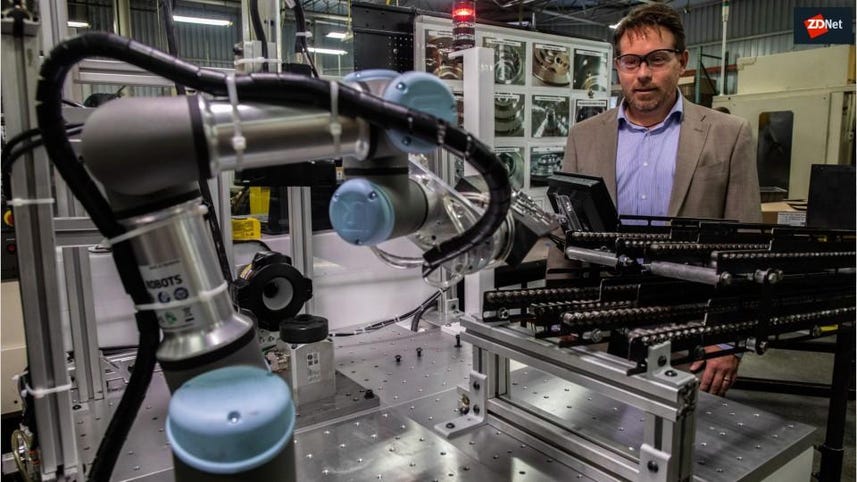 Workers in some Amazon fulfillment centers have started wearing vests designed to alert robots humans are nearby. Plans for the vests, which were first reported by TechCrunch, predate a recent incident at an Amazon fulfillment warehouse in which bear spray was accidentally set off in what may have been a robot-involved incident. Nevertheless, the vests are a signal that Amazon is doubling down when it comes to robot safety.

Many of the more than 100,000 robots across Amazon's fulfillment centers are designed to accommodate some interaction with people. Sensor-enabled path planning and obstacle avoidance are front-line defenses against robot-involved accidents. Clearly Brad Porter, VP of Amazon Robotics, which created the safety vest, wants an added layer of safety.

The move could accelerate momentum for safety standards and add to growing concern in the sector that a few serious accidents could jeopardize red hot growth industrywide. In December, after speaking with industry heavyweights like Melonee Wise, CEO of Fetch Robotics, I wrote that increased attention to safety would be a defining trend of 2019.

"I honestly hope 2019 is the year that robot safety becomes a top priority, Wise told me. "The potential mistakes of one robotics company could set our industry back for years."

The stakes are particularly evident given how rapidly robots have redefined global commerce in industries like fulfillment and warehouse logistics, where collaborative and autonomous mobile robots are operating outside cages and alongside humans. The robots are touted as safe, and so far industrial automation has enjoyed an impressive safety record, with very few OSHA reported incidents, and most of those involving heavier industrial robots.

The concern is that safety is being oversold, leading to false confidence in both developers and end users. Over the past couple years, upstart robotics companies have been rushing autonomous mobile robots to market while eager customers adopt systems for an incredible range of uses. It's not uncommon to hear stories of minor accidents involving robots rolling over a foot or bumping into someone at trade shows -- incidents that would likely be reportable in industrial settings.

More SMB's are incorporating robots, as well, and smaller firms may not have in-house compliance experts. Flexible deployment, a hallmark of the newest generation of collaborative and autonomous mobile robots, makes it difficult for developers to prescribe use standards. A popular refrain in the industry is "Sure it's safe, until someone puts a knife in its hand." During the recent Collaborative Robots, Advanced Vision & AI conference in Santa Clara, CA, safety concerns dominated many of the panels in the robotics track.

Part of the problem is that there isn't really a safety standard for many classes of robots in the U.S. OSHA intervenes retroactively following reported incidents to determine if safe procedures were followed, but the most exacting standards come from Europe.

There's an effort afoot, led by the Robotic Industries Association, to put a new standard in place called R15.08. Interestingly, industry (or certain factions of the robotics sector, at least) is taking the lead. The national standard is being developed under a framework established by the American National Standards Institute.

The first part of the standard, which is undoubtedly going to be complex, will be published in early 2019, with additions to follow later this year and beyond.

Regulation typically isn't something industry likes, but this is a case when at least some cooler heads are seeing the long-term benefits to making sure industrial automation continues to be implemented with safety as a driving concern.