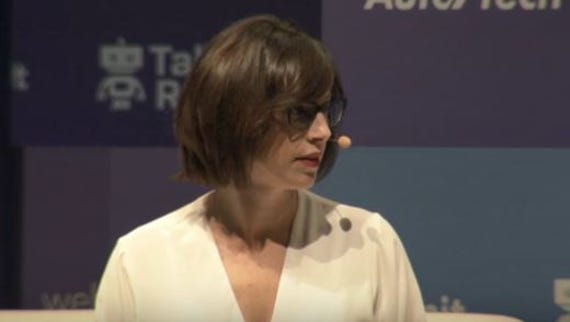 Rage against the machines: Are we ready for robots across society?
Watch Now

Industrial automation is enjoying a golden era of adoption and technological advancement, and consumer robotics may not be far behind. It's painfully easy to find hyped projections, but there's a palpable sense that 2019 will be a pivotal year for the robotics sector.

I reached out to four of the brightest minds and biggest influencers in the industry to get their takeaways on 2018 and perspectives on what trends we can expect in robotics in 2019. Here's what they had to say.

Head in the cloud

Melonee Wise, CEO of Fetch Robotics, and Brian Gerkey, CEO of Open Robotics, both point to 2019 being the year cloud robotics becomes vital to industrial automation.

"It's been eight years since James Kuffner first talked about the concept of 'cloud robotics,'" says Gerkey, "and it now seems that we're going to see the industry give it a serious try. Just in the past couple of months we've seen both Google and Amazon announce new services aimed at cloud-based development, deployment, and/or management of robot applications."

Also: 25,000 robots and counting: Welcome to the fastest-growing segment of industrial automation

The advantages of connecting robots to the cloud are what you'd expect: Increased computational power, storage, and communications, to name a few. Cloud connected robots will be able to communicate with each other and operations teams seamlessly.

Wise believes the trend actually gained some momentum this past year. "This was the year of the cloud," she says. "Fetch [Robotics] has been at the forefront of cloud adoption and the benefits of a cloud-first approach (what we call on-demand automation). This past year we've seen any resistance to this approach evaporate."

Jeff Burnstein, President of the Association for Advancing Automation, points to growing international competition in the sector. He believes we'll see "an intensifying global race for leadership in automation" as Europe, Asia, and North America vie for market share.

China in particular is on track to heavily influence the market as both a buyer and seller. "China bought more than half of all robots sold in the first half of 2018," Carl Vause, CEO of Soft Robotics, told me, "and there are no signs of slowing down."

Earlier this year, the International Federation of Robots predicted there would be a staggering 1.8 million industrial robots in China by 2025, a tenfold increase over today. But the biggest impact on the industry may not be the number units China purchases, but the number it produces at home.

Also: These 3 countries are more prepared for automation than anyone else, here's why TechRepublic

Under the Made in China 2025 plan, which was unveiled in 2015, China's technology sector has been incentivized to satisfy the country's domestic automation appetite through homegrown development. Companies like Geek+, a maker of logistics robots, are symptomatic of the China-first stance. Geek+ just closed a $150 million Series B.

Currently, China produces very few of its robots at home. According to the International Federation of Robots, by 2025, a full 70 percent of the industrial robots used in the country could be stamped Made In China.

All four of the experts I polled believe 2019 will be a pivotal year for adoption. "The industry is seeing rapid adoption of industrial robots into new markets," says Soft Robotics' Vause. "Traditionally, the industrial robot market has been dominated by the automotive and electronics industries. Over the past year, we have seen significant adoption and growth in markets like food and beverage, warehousing, and logistics."

Add those drivers to the fact that in many industries automation is fast becoming a necessity. "There are more jobs than workers in the U.S.," says Fetch's Wise. "America is going to have to automate itself out of this problem."

A change in perspective about robots has accompanied the trend of broadening adoption. A3's Burnstein believes there will be "a shift away from 'robots as job killers' to the understanding that robots will be net job creators." He adds that "we need to prepare our workforce for the jobs of the future (as well as those available today)" as automation becomes increasingly normalized across industries.

The consumer market has proven a tough nut to crack for robotics firms, and this past year brought some abrupt company closures. We're not likely to see a Rosie the Robot coming home in 2019, as many predicted we would as recently as a few years ago.

Still, Open Robotics' Gerkey believes there may be some big progress in consumer robotics in the year ahead. "While we said goodbye this year to both Jibo and Kuri, we also saw Anki's release of Vector, continued development from PFF on Gita, and rumors of home robot projects at big tech companies. We're not quite there yet, but the industry does seem to be getting closer to figuring out what a robot can usefully do for people in their everyday lives."

Underscoring all of these developments will be the issue of safety. There's a gold rush mentality in the automation sector right now, with new companies rushing fabulously complex hardware to market. Compliance standards haven't caught up, and that has some in the industry worried.

"I honestly hope 2019 is the year that robot safety becomes a top priority, says Wise. "The potential mistakes of one robotics company could set our industry back for years."

Many thanks to Melonee Wise, Brian Gerkey, Carl Vause, and Jeff Burnstein for their original thoughts.