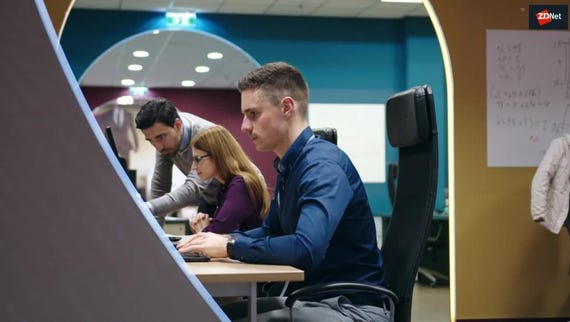 Software-checking business Tiobe has ranked Python as the top programming language of 2020 because it gained more popularity in its index than another language over the year.

Tiobe, which uses programming-related queries on search engines to calculate its rankings, saw Python rise 2.01% over 2020 while Java fell 5%.

Why is 35-year-old Python so popular today while Java seems to be sliding among enterprise software engineers?

According to Tiobe CEO Paul Jansen, it's Python's versatility, how easy it is to learn, and high productivity. But one thing that's keeping Python from the top position is that C still offers better performance.

"Python is popping up everywhere. It started as a competitor of Perl to write scripts for system administrators a long time ago," notes Jansen.

"Nowadays it is the favorite language in fields such as data science and machine learning, but it is also used for web development and back-end programming and growing into the mobile application domain and even in (larger) embedded systems."

Jansen predicts the question of performance will keep it off becoming the top language for some years to come.

However, he also predicts that Python will soon permanently steal Java's position as the second most popular language.

Despite Java being in second position this month, Python overtook Java in Tiobe's November rankings. It was the first time in the 20 years since Tiobe has tracked language popularity that Java and C weren't the top two languages. Tiobe found that Java fell by almost 5% over the past year.

The company expects Julia, a programming language growing in data-science and machine-learning fields, will become a top 20 language in 2021.

Julia has only been available since 2012 but made it to Tiobe's top 50 in August 2018. Julia was created for tasks in scientific computing, machine learning, data mining, large-scale linear algebra, distributed, and parallel computing. It aims for the speed of C but to be as useful for general programming as Python.

But some software engineers reckon Python doesn't properly serve developers who build browser applications and mobile applications in a way that JavaScript or Microsoft's type safety take on JavaScript, TypeScript, do.

JavaScript currently ranks 7th on Tiobe's index, but on developer analyst firm RedMonk's latest popularity rankings it is the top programming language. TypeScript is 42nd on Tiobe, but 9th on RedMonk.