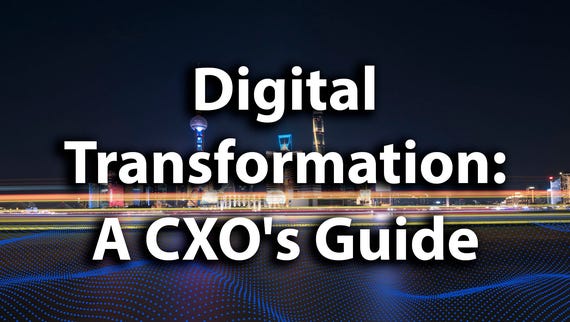 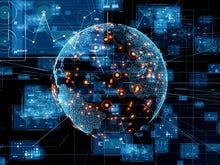 Ever-increasing demands for digital transformation mean IT leaders must manage a range of projects with multiple partners, timelines and requirements. Overseeing these demands is no easy task, especially when things can -- and do -- go wrong.

So, how should you intervene when things do go wrong? Four digital leaders give us their best-practice tips for avoiding problems and keeping projects on track.

Brian Roche, director of information technology at George Best Belfast City Airport, says honesty, integrity and a no-blame culture are crucial when events don't turn out as you might have expected.

"If something goes wrong, it's gone wrong. We can't stop that process because it's already gone wrong. What it's all about is how do you work together as a team to fix it and get everything working again," he says.

See also: What is digital transformation? Everything you need to know about how technology is reshaping business.

Roche recognises that IT leaders work with multiple partners across a range of areas. In the event of a failure, there will be people who love pointing the finger -- and that's often because a problem for one organisation could mean financial penalties for another. Roche says that that's the wrong approach.

"For me, the most important thing is our internal or external customers and ensuring that they get the service that they deserve. So, stop the blame game. I will do a root cause analysis afterwards. But I'm not the type of person to go, 'That was your fault,'" he says.

Roche says IT managers need to take the lessons learnt from any root cause analysis procedures they complete. They should then use this information to continuously improve processes and technologies to try and ensure that any errors don't happen again.

"You can't hide the truth -- and I don't think there's any point in doing it, because all that does is erode trust. And when trust erodes between the executive team and the board, or between a team of engineers and their managers, it doesn't benefit anybody," he says.

Michael Cole, CTO of golf's European Tour and Ryder Cup, says there are two key considerations for IT chiefs when they're addressing potential problem areas.

First, in terms of working with C-suite peers, he says effective intervention is all about establishing trust and confidence.

"I can honestly say that the executive leadership team at the European Tour is one of the best, if not the best, executive team that I've ever worked within. And that is because we have complete trust amongst ourselves as peers," he says.

"In a situation where there are learnings -- and things perhaps aren't going to plan -- then I know that they've got absolute confidence in me to address that in a way that is going to protect us all."

See also: From drones to virtual reality: How golf is now a favourite testing ground for new tech.

Second, Cole says the other key consideration for successful intervention is about building trust at a tactical level. He says that's all about making sure you've mitigated the risk of things going wrong as much as you possibly can.

"I will always have a Plan B; I will always have a Plan C. Now, there are many times when I invoke those plans, and nobody is aware that's happened. I think that is the true testament of a good CTO -- when your pathway deviates from your intended path, but you can do that in a way that ultimately is invisible to the end recipient, and for us that might be a player, a referee, or spectators on the course."

3. Keep a check on project progress

"Ideally if you're working in an Agile way, there should be no massive surprises – so you prototype, you get some reactions, you develop it, and that's a way to inoculate yourself against a massive failure at the end, particularly for something with a heavy user component," she says.

Sorgi says it's important to note that turning a good idea into something that's useful is often less about whether people can get it to work and more about the business' ability to commercialise the concept. She says the key question to ask is: "Is there a business model behind this?'

"And that becomes a very different challenge, with different skill sets. Someone on your team might invent a cool thing, but if it costs a billion dollars and it's the size of a tanker truck, it's not going to be feasible," she says.

Sorgi says a strong product management lens -- with a focus on viability, desirability and feasibility -- can help managers take a careful, staged approach to innovation and avoid nasty surprises later in the day.

"If you can try and go bit by bit in different phases, so you don't end up over-committed, that can help you. And then sometimes things come to their natural conclusion and then you think, 'okay, how do we take what we learned there and apply it to the next thing'. It's successive, it's not all at once."

4. Be ready to take corrective steps

Sheri Rhodes, CIO at Workday, says business leaders should avoid taking a reactive management approach and ensure they have a constant awareness of what's taking place on the projects being completed.

"I think the hero mentality, in terms of trying to resolve something quickly, is short-lived," she says. "Good management is not about flying in when you expect something to go wrong. You need to stay along for the whole journey in terms of the energy of continuous delivery and looking for risk and being transparent."

Rhodes says good managers check the pulse of their teams and their projects on a regular basis. They also have good risk-mitigation plans in place, so that if something does go wrong, they're ready to intervene before a small issue becomes a major problem.

"Are we going to fall sometimes? For sure. That's part of learning and changing and iterating. And so I think it's less about trying to kind of parachute in when something catastrophic might be happening, and more about validating for proof points along the way to show that you're making the progress that you expected."