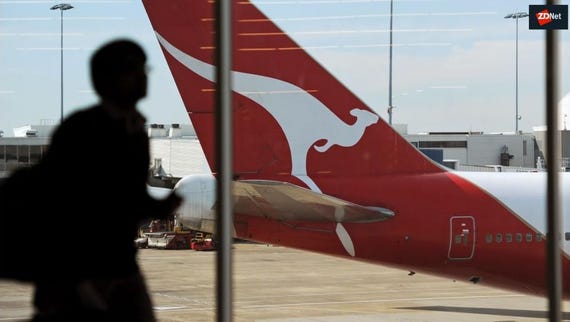 Qantas on Wednesday said it expects material international travel will continue to be halted until at least June next year, except for flights between Australia and New Zealand.

"International travel is likely to be at a virtual standstill until at least July next year and it will take years to fully recover, which means we're carrying the overhead for billions of dollars worth of aircraft in the meantime," Qantas CEO Alan Joyce said.

Providing the prediction in a market update, the Australian airline also said domestic flights have continued to be affected by the pandemic despite the low number of cases in Australia, explaining that domestic capacity is only at 68% when compared to pre-COVID levels.

On the flip side, Qantas said the pandemic has led to its freight business performing well due to a surge in e-commerce volume across its domestic freighter network and higher yields on the international freighter network.

Due to the increased volume, Qantas has added new freight services between Los Angeles, Sydney, and Hong Kong and several passenger aircraft are currently being operated as freighters to provide more capacity. Qantas Freight is also doing preliminary work on logistics for transporting COVID-19 vaccines at cold temperatures, the airline said.

Giving an update to its three-year recovery plan announced back in June, Qantas said the plan remains on track to deliver AU$600 million in structural cost benefits and at least $1 billion in annual savings from FY23.

Qantas did note, however, that over 8,500 employees have been let go in FY21 and 13,500 of its employees continue to be stood down.

"Overall, we're optimistic about the recovery but we're also cautious given the various unknowns. We also have a lot of repair work to do on our balance sheet from the extra debt we've taken on to get through the past nine months," Joyce said.

"That's why we remain focused on delivering on our recovery program, which unfortunately involves following through on some hard decisions to restructure and respond to the new set of circumstances we're faced with."

Looking at Qantas' balance sheet, as of the end of November, Qantas had AU$3.6 billion in available liquidity, which the airline said is expected to increase by another AU$500 million by the end of the year.

Since the end of June, it has also raised AU$715 million in additional debt and a further AU$72 million through finalising the retail portion of an equity raising from earlier this year.

In the previous financial year, Qantas' full-year net profit took a 91% nose-dive to AU$124 million for FY20 as a result of COVID-19, which was a AU$1.2 billion decrease from the AU$1.3 billion restated net profit reported in the year prior.

Join Discussion for: Qantas expects international travel to be...