Updated: Employees are being axed in an attempt to save up to $1 billion annually at the same time the firm is seeking to acquire NXP.
Written by Charlie Osborne, Contributing Writer on April 19, 2018 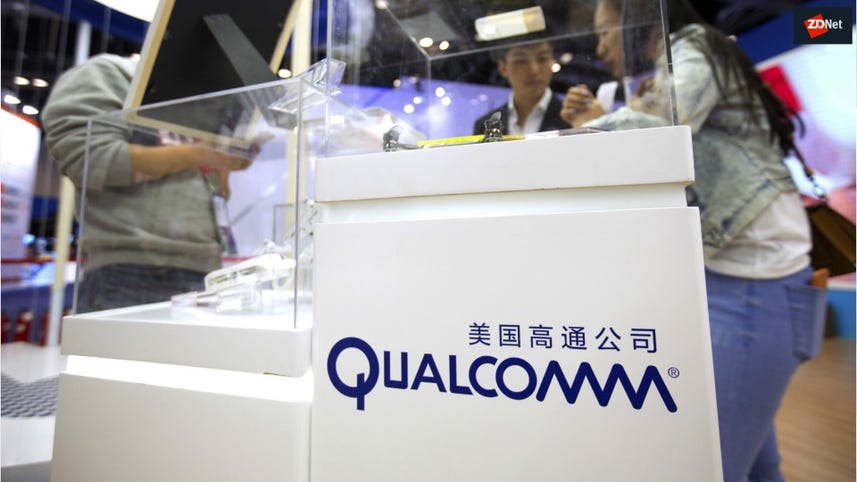 Qualcomm has begun axing employees in an attempt to cut annual operating costs by up to $1 billion.

As reported by Reuters, a spokesperson for the US chipmaker said on Wednesday that "Qualcomm is conducting a reduction of our full-time and temporary workforce."

However, the company would not disclose how many employees will be affected.

According to the spokesperson, cost-cutting options were first explored in areas which did not require letting employees go. However, Qualcomm eventually came to the conclusion that long-term growth required a reduction in the workforce.

Bloomberg reports that potentially up to 1,500 employees could be axed during the cuts. The majority of redundancies are expected to take place in California, but may also impact other locations.

Severance pay will be offered.

Back in January, Qualcomm promised shareholders that the company would make $1 billion in operational savings annually in order to improve earnings.

The promise, and therefore the restructuring effort, came at a time when rival Broadcom was engaged in a hostile takeover bid.

Broadcom offered approximately $146 billion to acquire Qualcomm. Qualcomm fought hard against the takeover bid, arguing that such an amount did not offer shareholders any value in comparison to the firm's future prospects.

Pressure mounted, and Qualcomm promised to improve earnings to entice shareholders to reject the buyout proposal. The fight seemed destined to continue, but US President Trump stepped in and prevented the merger on the grounds of national security.

Despite Broadcom's failure to acquire Qualcomm, the chip maker is still accountable for its pledge to investors.

If Qualcomm does intend to release more than 50 employees in a short period, the company will be required to file a Worker Adjustment and Retraining Notification (WARN) notice in California, which will reveal the exact number of employees who are due to be cut from the firm's global workforce.

At the same time as the cuts, Qualcomm is also attempting to finalize the acquisition of NXP Semiconductors.

With roughly $44 billion, the proposed purchase -- first issued back in 2016 -- has faced approval issues.

Trump's interference in the Qualcomm-Broadcom deal grazed the tip of deeper political issues between the United States and China.

The countries are currently throwing trade tariff salvos at each other, and until these issues are resolved, it is unlikely that the Chinese Ministry of Commerce (Mofcom) -- the only regulator out of nine global regulatory bodies to not approve the takeover of NXP -- will give ground.

A potential NXP deal needs to be treated cautiously, however, as Qualcomm also wishes to maximize shareholder value. Some analysts argue that the deal would turn Qualcomm from a cash-rich company to one chained by debt, which may alter the firm's future business direction irrevocably.

Qualcomm's latest earnings report managed to beat analysts expectations, despite a net loss of $5.95 billion. The losses were mainly due to a $6 billion charge caused by US tax reform, and a $1.2 billion charge imposed by the European Commission.

As Qualcomm continues in its NXP acquisition attempt, the company is also researching and developing hardware for next-generation technologies.

Earlier this month, Qualcomm announced a range of Internet of Things (IoT) and artificial intelligence (AI)-optimized system on a chip (SoC) platforms.

Update 7.55 am GMT: Court filings suggest 1,231 employees in San Diego and a further 269 employees across California will be affected. Up to 1,5000 members of staff will be involved in the cuts by June.