2011 should be the year where we begin to see much tighter business definition into various verticals for the word 'social', which  is currently extremely fuzzily focused and meaning different things to different interest groups.This week sees the run up in the USA to Super Bowl XLV, the 45th edition of the final game of the US National Football League season.
Written by Oliver Marks, Contributor on Jan. 30, 2011 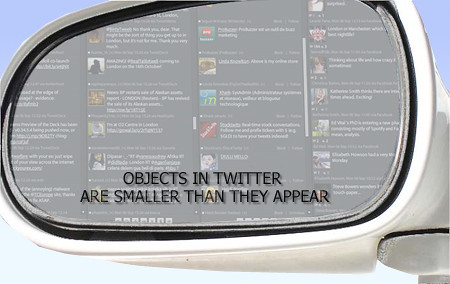 2011 should be the year where we begin to see much tighter business definition into various verticals for the word 'social', which  is currently extremely fuzzily focused and meaning different things to different interest groups.

This week sees the run up in the USA to Super Bowl XLV, the 45th edition of the final game of the US National Football League season. 'Super Bowl Sunday' is also notable for being the day when TV advertising creativity is celebrated in very expensive 30 second spots,  which typically receive very high Neilsen audience measurement figures.

Super Bowl Sunday is the day Americans enjoy and are aware of traditional TV advertising spots, which have been under increasing pressure from the various other media and internet channels. Last year Pepsi pulled out of the Superbowl, choosing to focus on online 'social media' efforts, although like Zappos.com they were candid about leveraging the social fashion trend last year. This year Zappos are now owned by web 1.0 giant Amazon while Pepsi are back with TV branding spots at the Super Bowl.

One of the huge challenges for mass marketing practitioners is in delivering their messaging to the required number of people. Television & radio used to be a few terrestrial channels and when combined with a few key print publications it was relatively easy to deliver powerful brand messaging to the target audience. The golden era of advertising creativity starting in the early 1960's was enabled by and partially the result of these new mass media channels. David Ogilvy, Doyle Dane Bernbach & George Lois among others spearheaded a flowering of creative messaging which transcended the cliched communication of main street Madison Avenue.

Advertising has historically been broken out into 'above the line' (ATL) to establish brand identity but not necessarily sell, and 'below the line' (BTL) targets individuals according to their needs or preferences and is highly measurable.  Simplistically ATL brand messaging prospered until television fragmented into hundreds of cable channels and print media started to be challenged by the web. BTL has grown in sophistication over the years and has evolved from personalized postal mailshots and phone calls to email marketing and 'conversations/proposals' within social networks.

Where David Ogilvy was able to advertise his Ogilvy & Mather advertising agency in the '60's and '70's with this brilliantly written press advertisement 'How to Create Advertising That Sells', today we have seemingly countless numbers of people empowered by easy to use and free online media publishing attempting to communicate. Where Ogilvy understood 'Through the Line' advertising, combining powerful and creative brand advertising with direct communication, we are in an era where it is far more difficult for companies to communicate with you.

David Ogilvy's one line zingers, such as 'The consumer isn't a moron; she is your wife.' jumped off the few pages (by today's standards) of otherwise staid media. While these succinct, easy to digest revelations in many ways predate the best uses of Twitter, today we have a huge challenge in filtering volume. There may well be lots of creative minds approaching the genius of an Ogilvy or a George Lois (who in the 80's saved a failing MTV channel with the 'I want my MTV' messaging at the start of cable TV fragmentation) but finding them today amongst the ever increasing masses on Twitter is increasingly challenging.

Information and communication filtering is a huge issue, and where quality content used to be king, these days context and relevance is all. The sheer volume of consumable online content makes finding quality extremely challenging, even if you have the time to interact with your Twitter stream all day. We have arguably reached a mass adoption tipping point where the sheer quantity of information and self published materials on the public internet will eat your working day if you let it. The half life of information which seems big and valuable in real time on Twitter quickly diminishes in importance and relevance. Countless Twitter industry discussion circles loom large in participant psyches, with time consuming interactions that are hard to leave because they seem so pivotal, with the whole sector watching.

This effect is not unlike the perspective distortion of a car's side-view mirrors, which have a warning that objects are larger than they appear due to their wide angle nature. Similarly subjects on Twitter and other real time online streams can appear much more important than they really are.

15 years ago multimedia was the buzz word much like last year's social media, and a VC bubble that preceded the far larger web dot com boom and bust. Multimedia was the blending of text, audio, still images, animation, video, and interactivity on CD Roms, and was used as a noun ('a medium with multiple content forms') or a descriptive adjective. In this brave new world multimedia was the hot word, full of promise and secret sauce.

Within a couple of years the constituent parts all grew up into sophisticated verticals: even as disc delivery matured with DVD drives in computers and sound hardware capable of turning former word processors into multimedia machines arrived, broadband began to overtake disc content delivery methods. Audio was transformed by mp3 and Napster, video by peer to peer and digital video devices, animation by increasingly sophisticated tools and needs, and of course the web flooded the internet with easily found images.

Today multimedia seems almost quaint, and we have reached a point where social media as a term confuses more than defines. Context and common language is all, particularly in the world of clearly delivered marketing messaging.

The advertising media spend to reach the most eyeballs and ears with branding messaging during the Super Bowl isn't possible through countless online 'social' conversations: Facebook's population may be theoretically larger than most countries but the reality is there's no one home most of the time. Television may be slipping in importance but it still reaches far more minds than social networks at broadcast high points.

Famous US TV news anchor Walter Cronkite, a fixture of mainstream media through the sixties and seventies often cited as "the most trusted man in America" said

"There will be nights when you think you've done a brilliant job on a big story. You'll leave the studio with the echoes of praise from your colleagues ringing in your ears. And once outside in New York, you'll realize there are millions of people in this city alone who didn't watch and who don't give a damn what you just did."

This puts into perspective the indigestion inducing torrent of self published materials and the 'first' mentality to break news by users of services like Twitter, and to some extent work streams inside large companies. Some of these folks might be better served to visit http://www.donothingfor2minutes.com/ and take a break to clear their minds before focusing on the work at hand. Sadly it seems some in the Attention Deficit world of 'social media' may not be able to focus for that long.

How we focus minds to leverage the power of these workstream technologies in the workplace - tools which claim to solve problems but in fact offer the tools to possibly change the way people work - is made considerably more difficult by the personal ways individuals superficially skate around on the surface of multiple topics.

It may be true that web 2.0 consumer technologies are spreading into the workplace but so to are consumer usage patterns, and differentiating the ways we enjoy the internet socially and as a society from work collaborative intents and goals need to be well delineated.