Voice calls, video and messaging help us stay more connected during lockdown.
Written by Eileen Brown on May 7, 2020 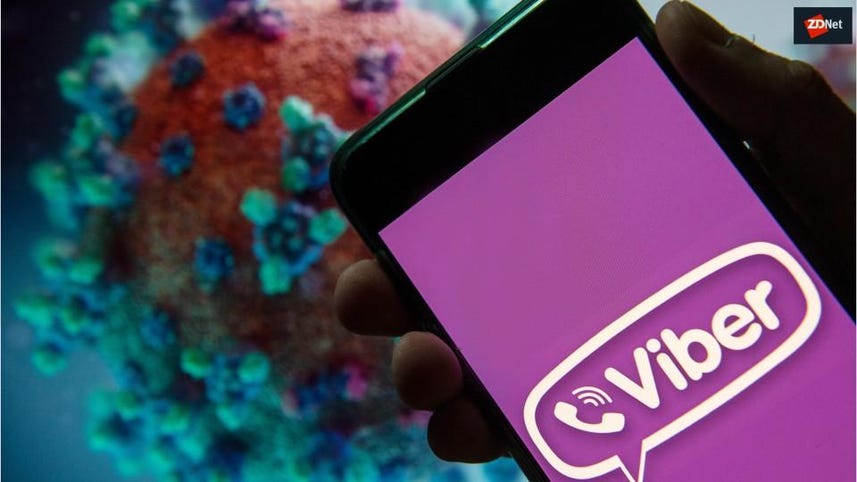 As video streaming has increased by half as we quarantine and chill out with Netflix, our online behaviour has increased dramatically due to the coronavirus pandemic. We are also spending more time messaging our friends and family according to online call provider Rakuten Viber.

The San Francisco, CA-based communications platform has reported that users are increasingly turning to group messages and calls during the pandemic.

It has reported an 18% increase in daily active users in March 2020, and an increase of 25% in new users registering for the Viber app. People are also making longer calls. Viber says that call duration has increased by 35%, and users are now sending 75% more videos than before.

The number of messages sent within groups has also risen by 134%. Viber also reported that there was also a 370% increase in group calls received by its average user, and noticed the number of participants in audio calls on the platform has increased from 5 to 20 people.

The company also reported that community engagement has risen by 78%, providing initiatives such as news updates helping to spread valuable information on safety procedures to its user base during periods of isolation.

Unfortunately, these uncertain times are prime opportunities for scammers to prey on the masses due to the amount of people using unfamiliar digital channels for communication.

Over half of the calls people receive now are spam. Scammers claiming to work for government agencies, technical support, or asking for your health insurance information causes great concern to people in lockdown as COVID-19 crosses the US.

As we come to terms with the new reality people are looking for ways to keep themselves entertained, and communicating with our friends over a range of messaging apps keeps us feeling more connected.

With the rise in (mainly Zoom) video calls -- even though Microsoft touts superior security and privacy, there is still space for more call app vendors to gain ground in this space.

Although currently, with questionable security breaches from providers, our choices for calls and video apps seem limited.

But as the future of business will be remote working, getting used to these new channels is something we will have to deal with -- whether we like it or not.