Full Bio
Posted in Hardware 2.0 on March 26, 2020 | Topic: Working from home: The future of business is remote 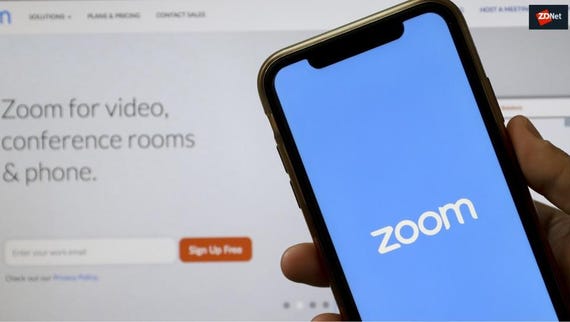 Why are we all Zooming and not Skyping?
Watch Now

Remember when Skype was all the rage? People Skyped one another. Skyping was the in thing.

But now that the COVID-19 coronavirus pandemic has people confined indoors and working from home, Skype, Skyping, and Skyped are oddly absent from the discussion. Instead, people are turning to Zoom in by the thousands.

Zooming is now all the rage.

So, what happened to Skype? How did it fumble the digital ball so badly that we're now Zooming and not Skyping?

I had my suspicions but decided to ask both my followers on Twitter and my ZDNet family for their ideas.

It soon became clear why Skype has fallen by the wayside and Zoom is, well, zooming, with three areas standing out above the rest.

Must read: How to prevent your Zoom meetings being Zoom-bombed (gate-crashed) by trolls

First and foremost, Zoom is much easier to use than Skype. And I don't mean you and me here, I mean all the regular Joes and Josephines out there who don't find this so easy.

And Zoom really is easy to use, so much so that I'm impressed. I've gotten all sorts of people to use it with very little friction. People whose ideal app would have only have one button, and that button would be pre-pressed. Zoom is about as close to that as you can get, and yet has powerful features under the hood for those who understand how to wield such power.

Downloading Zoom is a doddle, installing it is painless, and getting people into a meeting is as simple as sending them a link.

It really doesn't get much easier than Zoom.

Yeah, I'd noticed these too.

Skype applications have not been the most reliable apps, whether on the desktop or mobile. I've used it on a variety of platforms -- Windows, Mac, iOS, and Android -- and they've all been headache-inducing. I wouldn't rank Skype as the worst app I've used, but it was always something that I couldn't trust and rely on fully.

The Skype apps are also pretty bloated, and updates would leave me scratching my head trying to figure out how to do something that I had no problems doing before the update. Bugs would take a long time to fix, and more bugs would pile up.

Skype has a big spam problem. Every time I open Skype (which, admittedly, these days is not that often) there's always a pile of spammy detritus to wade through.

Skype is not a program that I'd be happy giving to people who aren't used to handling spammy content.

A few people also mentioned the idea that Skype was a service before its time, and since its release in 2003, it has been through a lot of hands and shifted from a hybrid peer-to-peer service to a client-server service before ending up in Microsoft's hands. That's a long path for a service, and users, along with their expectations, have changed a lot in those 16 years.

More on Zoom at TechRepublic

What did Skype do wrong to give Zoom such an advantage?

I asked my colleagues at ZDNet and here's what they said:

Jason Cipriani: "I quit using Skype years ago after it turned into a messaging, VoIP and video chat app. That's also when the spam and scams started. Signed out, uninstalled, and never went back. Zoom is straight-forward. Send a link, participants join, hang up when you're done. There's nothing to manage or worry about random people adding you as a friend."

Larry Dignan: "Skype was hampered by corporate machinations. The company was sold to eBay in 2005, then spun off to private equity and ultimately acquired by Microsoft. Skype had changing priorities and product visions under three different owners in six years. Skype's stagnation as a product opened the market for others."

George Anadiotis: "Skype's call quality deteriorated over the years. That's quite an achievement. May have to do with the fact they made it into bloatware. And there's the privacy aspect. A lot of people jumped ship the moment Microsoft acquired it. Another Microsoft side effect: updating without asking just minutes before your call, typically to an even slower, more bloated version."

Chris Matyszczyk: "Skype was unbearably buggy and full of spam. It was like another junk folder. Zoom needs no thinking. Users love not to have to think."

Steven J. Vaughan-Nichols: "I also found Skype to be eternally buggy. This hasn't been helped any by its badly handled shift from a wonky peer-to-peer design to its current server-based model."

Catalin Cimpanu: "Eternally buggy! Even on mobile -- where a major bug (re: sending images) remained unfixed in the Android app for an entire year."

Mary Jo Foley: "Microsoft did too little too late with Skype. Then they did too much with no solid strategy. Now they're working to get Skype consumer federated with Teams...They've been all over the map and the lack of management and direction has resulted in a once-promising service that's stagnated and is losing mind-share and market-share."

Danny Palmer: "I only log into Skype once in a blue moon. And when that happens, I'm instantly sent spam links by people I haven't thought about or spoken to in years who've clearly had forgotten accounts hacked."

Eileen Brown: "The major reason that Zoom has such an advantage is all you need is an email address to join the call - guests never need to create an account -- unlike Skype."

Thanks, all! Readers, what are your experiences with Skype and Zoom? Which one are you using? Why? Let me know below.

Join Discussion for: Why are we all Zooming and not Skyping?