I become addicted to learning a new language with the Lingvist language software within a day of using it.
Written by Eileen Brown on Aug. 16, 2019 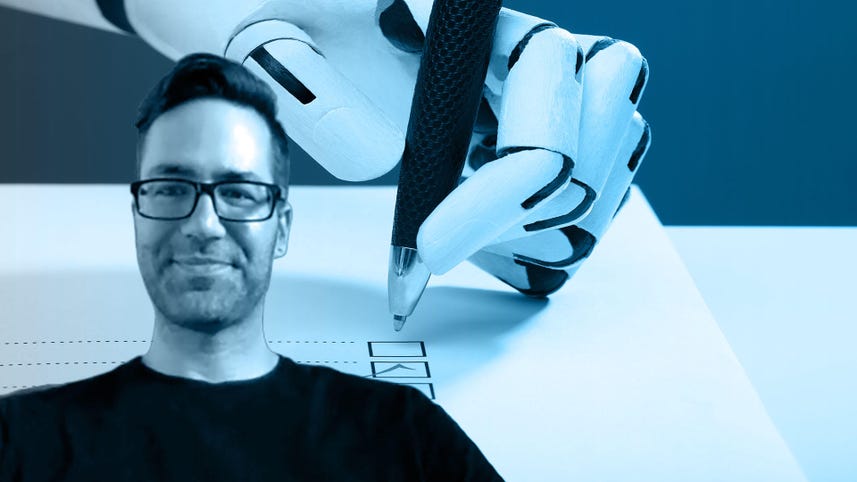 Census data that shows that 231 million Americans speak only English at home and do not know another language well enough to communicate in it. But how can you learn a new language without going back to school?

Machine learning could be a solution to this problem, by cutting down on the 200 hours it takes to learn a language using traditional methods. Language company Lingvist intends to decrease this time by using machine learning software to adapt to your learning style.

The algorithm certainly seems to work well -- and the way certain words are reinforced makes sure that they stick in your mind.

Founded in 2013, Lingvist's roots began in the world of mathematics. Its co-founder, Mait Müntel, was part of the Higgs boson discovery team at CERN. Translating his math skills to language, Mait wanted to accelerate the language learning process for users.

The software currently is available in English, Spanish, French, German, Russian, and Estonian, and is growing quickly.

The free version of Lingvist enables you to learn up to 3,000 of the most frequent words for your selected language, or you can pay around $100 per year to learn 4,000 words.

It is a compelling app. Its starting page shows you how many new words you have learned today, and how many correct words you have managed in a streak. It encourages you to learn more and more words -- and get them right first time to improve your stats

To find the words taught, Lingvist analyzed millions of bits of data from news articles, film subtitles, and books, and built its courses around the words' statistical relevance.

For example, the word "money" appears before the word "school" in French, because it is more likely to come up in contemporary conversation.

The course adapts to the mistakes you make. It uses the spaced repetition formula, repeats incorrect words you have entered more frequently, and will rapidly move through words that are easier for you.

With the algorithm learning about you, the software maps out the words you are more likely to know based on your answers and remove them from your words to practice, to give you the most efficient learning.

The app knows when to show new words and when to repeat previously learned words. Lingvist says it shows no unnecessary repetitions. The algorithm also knows when it is the optimal time to show it to you.

When certain words are incorrect, grammar notes appear, which are intended to develop an understanding of grammatical patterns through context clues.

I originally tried German. I learned German at school, and never felt really competent in the language. However, learning the grammar structures over and over again seems to have stuck in my brain.

I was getting more and more phrases correct the first time, and not really learning much. I switched to Spanish to see how I would fare.

I learned Latin American Spanish in a previous job, working across Mexico, and picking up words and phrases as I went along. I have never had any formal Spanish grammar lessons.

Wow, my lack of grammar lessons showed. The interface presents you with a simple sentence, word, or phrase. Above the phrase, there are five dots which change colour for each correct attempt at the missing word.

If the word entered is incorrect, the voice prompt tells you the correct phrase for you to enter this on the screen. If the word is answered correctly the first time, the five dots go green, and the word is not presented again.

On the sidebar, there are two numbers. The top figure indicates words to practice, and the bottom figure shows new words learned. If I misspell a word, the correct word appears in the space with the incorrect letters highlighted for me to type in again.

I found I became obsessed about getting the 'new words to practice' figure down to zero. Each time I used the software, I smashed through the 100 cards and then went through lots more trying to get the top figure to zero. This gaming of the learning made it very compelling.

I preferred to use the desktop software -- there is also an app for mobile. I found that I could type much more quickly on a keyboard. Also, I had a browser tab open all day and often went back to the tab to learn a few more words. I was hooked.

I did see a lot of words repeated over and over. This is because the optimal time to revisit material is calculated by the algorithm and is based on my interaction and learning history with the app.

The words that I frequently could not remember kept appearing in my feed. Grammar tips helped me understand the context of the verb that I struggled with.

Currently, the Lingvist software offers language courses in Spanish, German, French, Russian, and Estonian -- with more on the way.

I loved trying this software. Although I groaned when I repeatedly got a word incorrect -- that word is now fixed securely in my brain. I like the way that the AI algorithm intuitively knew which words I found most hard to learn and, presented them to me in a variety of ways until I remembered the word.

This is one app that I'll definitely be using again and again. Now back to my language lesson.