Mandarin Orchard Hotel installs advanced IPTV system, and is first in Singapore to have second screen solution, which it says has made workflow more efficient.
Written by Ryan Huang, Editor on March 15, 2012 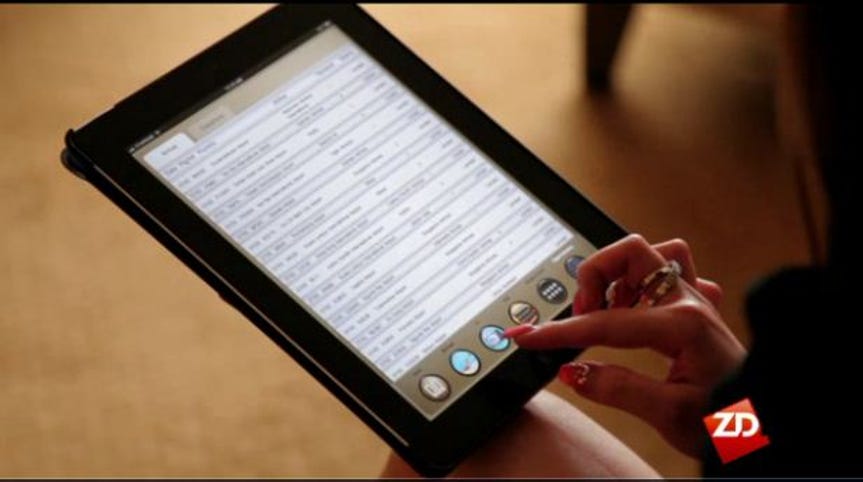 SINGAPORE--The global market for Internet Protocol television (IPTV) is set to hit US$4.5 billion in 2015, which represents a compound annual growth rate of 15 percent over the next 3 years, according to research firm IDC.

The hospitality sector is expected to be part of that growth. For example, Mandarin Orchard Hotel in Singapore has adopted an advanced IPTV system for its 1,000 over rooms. Besides movies on demand and television programs, guests will be able to get access to concierge and dining services over the system, and do express checkouts.

Mandarin Orchard has also launched a second screen offering, becoming the first hotel in Singapore to do so. The solution allows guests can their iPad tablets or other devices, to access the hotel's IPTV system from anywhere on the compound.

According to Christoph Szymanski, Hotel Manager of Mandarin Orchard Singapore, the move was aimed at increasing guest satisfaction, and keeping competitive in the industry. "We are still adding on services but we can say that the system now fully has been implemented for three months. The customer feedback has been incredible," he said.

The service has been in use since last November, and the hotel says it has already paid off on the productivity front. Szymanski said: "Because the more the guests use it, they are not using the telephone anymore to call various departments. They're not calling the concierge for airport information, and what has changed a lot is room service, because the guest has very good pictures and explanations of each of the dishes. So the guest can order by just pressing the button."

"That just dramatically improves the productivity in all of these departments but particularly room service," he pointed out, adding that Mandarin Orchard Singapore would test it for a year before considering rolling it out to other sister hotels overseas under Meritus.

Plans are also underway to launch the second screen service on other devices, extending beyond the iOS to Android tablets.

The system was installed by local cable operator, StarHub. It implemented a similar setup--without a second screen solution--for the Fullerton Bay Hotel in 2010, which was the first hotel in Singapore to have an advanced IPTV system.

According to Kevin Lim, head of enterprise business group at StarHub,said: "We expect that demand for this solution will continue to accelerate in the years ahead, because of all the benefits. And this being the service industry, it's only natural that more and more hotels as they try to increase their service level, will be looking towards technology to increase that service level to their guests."

He pointed out that the IPTV system provided the hotel the flexibility to integrate various services and interfaces into one platform. "This brings it altogether on the backend, to provide the convenience of what you can call a one stop shop for the guests," Lim noted.