A new report shows continued growth in demand for automated systems in a variety of industries.
Written by Bob Violino on Feb. 27, 2018 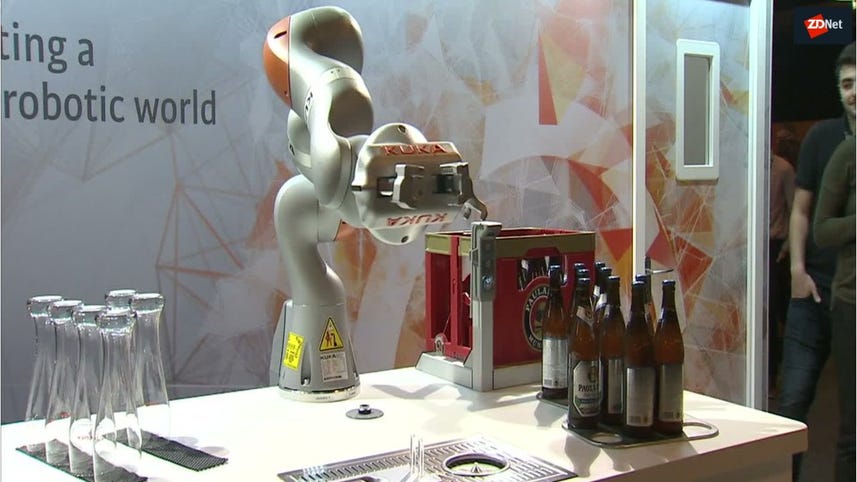 Automation is all the rage, and that's reflected in newly released data on sales of robotics, machine vision, and motion control technologies in North America in 2017.

All these categories set new growth records last year, according to the Association for Advancing Automation (A3), which tracks industry trends related to automation technologies.

What's particularly interesting about the findings is that purchases of these technologies are coming from industries that have not traditionally been known for using robotics.

Customers bought 34,904 robotic units, representing $1.9 billion in total sales. Both those numbers are up from 2016, although by a relatively small percentage. While automotive-related orders were down compared with the previous year, non-automotive orders fueled the rise in 2017, with 21-percent growth in units and a 7-percent rise in dollars.

The industry also set records for North American shipments in 2017, with 33,575 robots valued at $1.94 billion shipped to customers last year. This is an increase of 9 percent in units and 7 percent in dollars over 2016 levels, with non-automotive related shipments providing the growth.

The largest growth rates for units shipped came from the plastics and rubber, metals, and food and consumer goods sectors.

What is perhaps most telling about the results is not simply that the automation market continues to grow, but that it is growing in such a variety of industries, said Jeff Burnstein, president of A3. "New industries continue to embrace robotics, vision, and motion, reaping the benefits of automation," he said.

The fact that there was a lot of growth in non-automotive "shows that more non-traditional industries are realizing the benefits of automation and buying more robots," said Bob Doyle, vice president of the Robotic Industries Association, which is part of A3.

Read also: Watch a robotic snake use its scales to slither forward

The market began the year in the first quarter with $596.5 million in total sales, increased in the second quarter to $644.9 million, and reached an all-time high of $696.4 million in the third quarter. The fourth quarter was the second best quarter ever for total machine vision financial transactions in North America, the report said.

The motion control and motors segment of the automation technology market grew 8 percent in terms of shipments, from $3.24 billion in 2016 to $3.56 billion in 2017. The largest product category in sales is motors, comprising more than one-third of total shipments. Motion controllers was the fastest growing category in 2017, increasing 21 percent to $196.4 million.

UPS says the 50-vehicle fleet will cost roughly the same as operating conventional-fueled trucks without taking into account any subsidies.