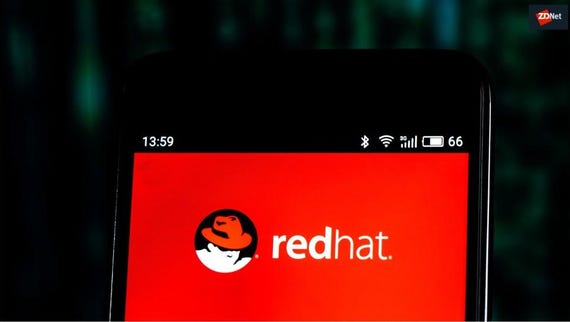 Some people still insist open source and Linux are fighting a war against the evils of proprietary software. Actually, we won that war years ago. The latest Red Hat State of Enterprise Open Source report, based on 950 interviews with worldwide enterprise IT leaders, makes that crystal clear. Only a mere 1% of enterprises dismiss the importance of open-source software.

I doubt you could get 99% of anyone to agree on anything else up to and including "Is the sky blue?"

As Jim Whitehurst, CEO of Red Hat, said in the report: "The question is no longer whether your enterprise should adopt open technologies. The question is when -- and how."

That's not to say open source doesn't have its problems. It does. Most notable, some open-source companies have changed their licenses because of clashes with cloud companies.

But, when all is said and done, these conflicts are about open source's limits, not whether the old proprietary ways are any better. They're not.

As Red Hat pointed out, in some areas, even the most willfully blind have long recognized open source's importance in areas such as the internet, web standards, and containers, which have been defined by open source. Red Hat also found, "we are increasingly seeing open source used in categories that have historically been more associated with proprietary applications. These categories include, but are not limited to, cloud management, security, analytics, and storage."

Why businesses turn to open source

Right behind those, when asked what open source's top benefits were, respondents pointed to better security, higher quality software, access to support, and the power to customize software.

Yet another reason to embrace open source, according to a New York-based IT leader, was: "For us, this is our way to become more agile. That's our biggest push. We don't want dependency upon these proprietary companies. We want those shackles to be broken." Simultaneously, "We still want support because we're not ready to take off the guardrails."

On the other hand, security remains a concern: 38% of those surveyed identified security as the top barrier. That's because, unless you keep on top of open-source code, you may miss security patches and fixes. The most well known such case was when Equifax exposed 143 million Americans' credit data, thanks to not updating Apache Struts.

Even with concerns, open-source software usage only keeps going up. In the last year, 68% of enterprises surveyed increased their usage, while only 3% pulled back from open source. Looking ahead, 59% plan to increase their open-source commitment, while a mere 2% see moving away from open source.

That said, Red Hat reported, "Enterprises still use a lot of proprietary software. Change is slow. But proprietary software is waning to the point where its use is expected to be at near parity with open source within two years." This is because proprietary programs have no answer for some open-source innovations. "Take containers, for example. Along with much of what is going on in the cloud-native space in general, containers are almost entirely a product of collaborative open-source development. 67% of organizations plan to increase their use of containers over the next year."

A story that's been playing out for a decade or two

This isn't just another incremental improvement in open source's position in the IT world. As Gordon Haff, a Red Hat technology evangelist, wrote, it's a "coming of age for software generally and enterprise open source software in particular. It's a story that's been playing out in early adopters and innovative companies for a decade or two. But here in 2019, we believe it's clear that organizations are buying into software as a change agent rather than just a cost center and into enterprise open source as a central element of the software universe rather than something a bit scary lurking at the periphery."