Full Bio
Posted in Between the Lines on December 14, 2020 | Topic: Tech Industry 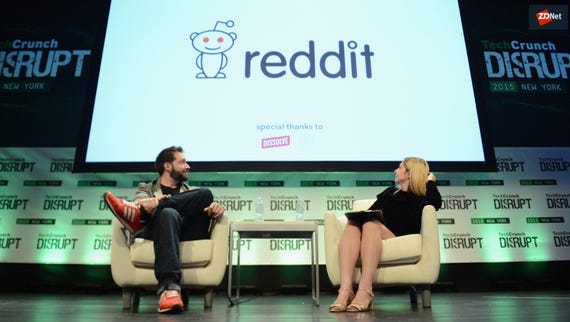 Reddit has announced the acquisition of Dubsmash in a move that highlights the firm's interest in the global video-sharing market.

Announced on Sunday, the link aggregation and discussion platform, which offers countless forums for different topics, said that Dubsmash fills a gap for video "creators and users who are under-represented in social media," and matches Reddit's own ethos for "bringing community and belonging to everyone in the world."

Founded in 2014, New York-based Dubsmash is a small company co-founded by Suchit Dash, Jonas Drüppel, and Tim Specht that has created Android and iOS apps for users to 'dub' themselves with audio from television, film, and music.

Dubsmash has previously raised $20.2 million from investors. The financial terms of Reddit's purchase were not disclosed.

When you think of user-generated video content, TikTok comes to mind. The Chinese platform, owned by ByteDance, has enjoyed runaway success in the past few years especially with younger generations -- but the US government's "national security" concerns over both TikTok and WeChat forced ByteDance to begin the process of selling its US assets to Oracle and Walmart this year.

Nonetheless, Dubsmash is one of the few apps in the market to be considered a rival to TikTok. The company claims that its apps now account for over 350 million installs, with over six billion videos created by users.

TikTok has an estimated 50 million daily active US users, but when you consider Reddit will open up an avenue to attract Dubsmash usage for its own 52 million daily active users, we could be seeing the start of a company more able to chip away at the dominance of the video app giant.

"Video is increasingly core to how people want to connect, and as we continue to grow our community, we're committed to providing the best possible tools users need to find, create, and interact with one another through video," Reddit says. "We also look forward to bringing our teams together to combine the unique creator experience of Dubsmash with the community growth engine of Reddit."

Under the terms of the deal, Dubsmash will maintain its own brand and platform. Reddit did launch its own video service back in 2017, but it may be that Dubsmash's tools -- soon due to be integrated within the Reddit platform -- will accelerate uptake.

In a Medium blog post revealing the acquisition, Dubsmash's co-founders said the company will continue to focus on developing creator tools, "creating a safe and welcoming platform for underrepresented communities, and providing pathways for the next generation of cultural vanguards to grow and expand their livelihoods."

"Both Reddit and Dubsmash share a deep-rooted respect for how communities come together," commented Reddit CEO Steve Huffman. "Dubsmash elevates under-represented creators, while Reddit fosters a sense of community and belonging across thousands of different topics and passions. It's clear that our missions closely align and that our community-focused platforms can coexist and grow as we learn from each other."