Google is reportedly giving researchers access to its quantum computers with the ultimate aim of using quantum computing for cloud services.
Written by Stephanie Condon, Senior Writer on July 17, 2017 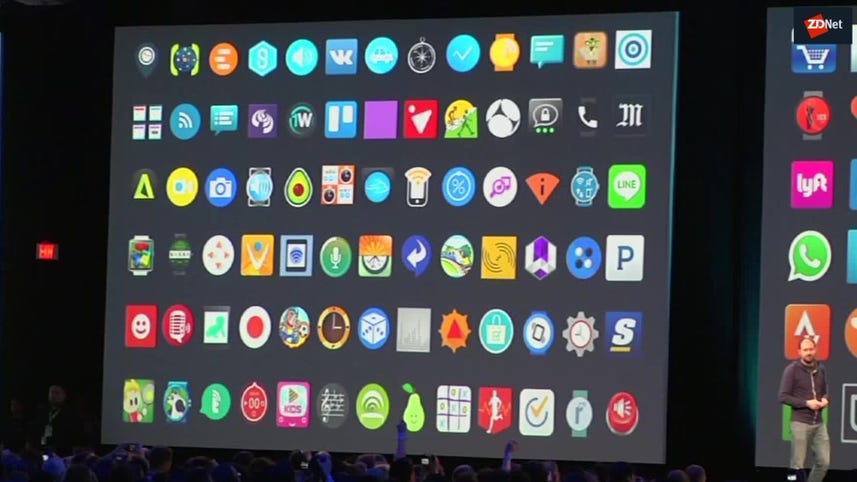 Google is taking steps to spur the development of commercial applications for its quantum computing technology, Bloomberg reports, with the ultimate intent of offering quantum cloud services.

The internet giant is reportedly giving scientists and AI researchers access to its quantum computers over the internet. Additionally, Bloomberg reports that Google has a new lab called an "Embryonic quantum data center," as well as an open-source effort called ProjectQ to encourage developers to write code for quantum computers.

Unlike digital computers, which use ones and zeros to perform calculations, quantum computers use subatomic quantum bits, or qubits. Qubits can be in multiple states at once and are consequently capable of carrying out more calculations in parallel.

Last year, Google used the D-Wave quantum computer it purchased earlier to develop new quantum computing techniques that could have applications in fields like chemistry. Other companies like Microsoft, IBM, and Intel are also working on quantum computing.

Earlier this year, IBM moved forward with its own efforts to commercialize the technology with an API and SDK for public access to quantum computing via IBM Cloud. Last year, IBM launched the Quantum Experience, enabling developers to run algorithms and experiments on the company's quantum processor and work with individual qubits.

While commercial applications are still in the works, Microsoft founder Bill Gates last year sounded optimistic about the development of the field, saying: "There is a chance that within six to 10 years cloud computing will offer super-computation by using quantum."

Cloud computing is booming, but these are the challenges that lie ahead
The best cloud providers compared: AWS, Azure, Google Cloud, and more
The top 6 cheap web hosting services: Find an affordable option
What is cloud computing? Here's everything you need to know
Editorial standards
Show Comments
Log In to Comment Community Guidelines