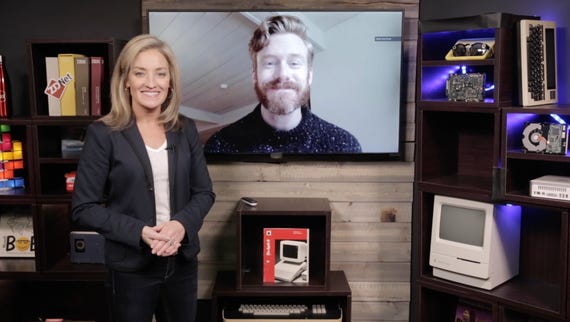 As businesses slowly start reopening their doors with the ongoing imperative of sticking to stringent social-distancing rules, more organisations are likely to be willing to embrace automation projects. A new survey carried out by Internet of Things (IoT) company Pod Group shows that almost three-quarters of business leaders in the UK expect the pandemic to spark a new wave of automation in the workplace.

Although most organizations were already thinking about automating some of their tasks prior to the crisis, some sectors – those that are most public-facing – are giving automation, from software bots to actual robots, a lot more consideration than before the pandemic. In arts and culture, for example, only a quarter of leaders were considering automation before COVID-19; as a result of the crisis, this proportion has now increased to three-quarters.

Similar jumps have been seen in education, healthcare or retail, highlighting how businesses expect automation technology to potentially replace a considerable proportion of their labor force over the next few years.

Charles Towers-Clark, the global chairman of Pod Group, told ZDNet: "A lot of it is cultural, and reflects the CEO's willingness to accept that a change has come. Leaders have had to accelerate digital transformation in a short period of time, and this is an opportunity for companies to carry on doing things that they otherwise wouldn't have done."

On top of a desire to fast-track digitization, automation may be attractive to firms in the current context by reducing close physical contact and enabling social distancing in the workplace.

For example, retail giant Walmart is already using robots to clean store floors in the US, to compensate for the limited number of staff that is allowed to physically come to work. Brain Corp, the company providing the OS for the technology, has reported an average increase of 13.6% in daily usage in March 2020, compared to the same month the previous year.

In the UK, Starship Technologies has rolled out a robotic delivery service in the center of Milton Keynes, having previously only deployed robots in the town's suburbs. Milton Keynes' 200,000 residents can purchase small orders from supermarkets via the company's app, and get them delivered to their door by the oven-sized robot on wheels.

A recent report from research firm Forrester also found companies will be investing more in automation in the aftermath of the pandemic, potentially replacing jobs in sectors like manufacturing and healthcare with robotic systems.

A study by Oxford University, which was published before the COVID-19 crisis, showed that by 2035, up to 86% of restaurant jobs could be automated, as well as 75% of retail jobs. In the survey carried out by Pod Group, only a minuscule 2% of business leaders thought that staff roles were completely safe from automation.

That's not to say that respondents see robots as a complete replacement for the workforce. Three-quarters of the decision-makers surveyed said that they believe automation will help employees fulfill their potential and aspirations. This is particularly striking in the IT and telecommunications sector, where 85% of leaders said that the technology will come with benefits for workers.

"Within somebody's role, a number of processes can be automated," said Towers-Clark. "Companies will automate processes, and leave employees to do the thinking. The success of organizations going forward is going to depend on their ability to allow employees to use their human skills, such as initiative and responsibility."

Some businesses have been turning to automation and AI, for example, to relieve their overwhelmed IT teams as lockdowns forced entire workforces to switch to telecommuting overnight. Enterprise chat-bot company Moveworks, for example, offers a platform that is helping CIOs at companies like AppDynamics or Western Digital resolve up to 40% of IT tickets autonomously.

Moveworks has seen a 50% jump in the use of the bot since the start of the pandemic, as employees encountered a growing number of issues with remote working, and IT teams lacked the capacity to attend to all requests.

SEE: Is this the tipping point for delivery by robot?

Despite organizations' growing interest in automation – and their understanding that they will soon need the technology to compete – there remains the issue of deployment. Almost 40% of business leaders interviewed by Pod Group admitted that they did not have a clear strategy for how automation can help their business thrive in a post-coronavirus world.

This is not news: the gap between the promise of the technology and its reality for organizations has been a trend for years, and is by no means linked to the pandemic. Toss in that the money to fund new business projects is likely to be short in the months to come, and it is hard to see how exactly companies are thinking of getting shiny new robots or automation projects delivered anytime soon.

A recent analysis from GlobalData showed that companies will be axing non-essential IT projects throughout the remainder of 2020 and into 2021, as a result of the likely recession caused by the crisis.

Towers-Clark said that he believes differently. "When things calm down, there will be companies that will be far further ahead as a result of taking steps on automation," he said. "If companies are deciding not to go ahead with automation, they'll be competing globally with companies that can. And they will be at a disadvantage."