Return to work: How the technology mix we rely on is about to change, again

Software as a service was the key to lockdown working, but as we start to leave our homes other innovations will have a role to play.
Written by Steve Ranger, Global News Director on May 31, 2020 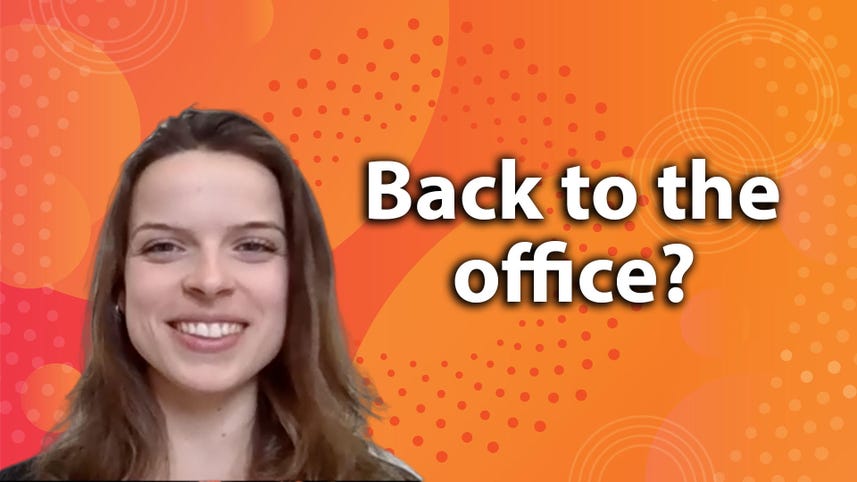 Cloud computing has underpinned almost every organisation's remote-working strategy in the past few months.

Thanks to browsers and cloud computing, the underlying hardware we use is now much less relevant than it used to be. Applications are no longer tied to particular devices or locations, like they used to be: not so long ago, some software could only be used on a particular PC, and only in the office.

This decoupling of hardware and software is very handy when you need to switch to remote working in a hurry – using any old PCs and laptops you can find – which is what hundreds of millions of people have had to do in the past few months. Cloud computing, along with widespread high-speed internet, has helped to keep most organisations up and running from a tech point of view. If the coronavirus had arrived a decade earlier, before either of these were widely adopted, then businesses and the economy would have stuggled even more to stay operational.

What's noticeable is how little use the current crop of hardware innovation has been in this crisis in contrast to cloud software.

For example, augmented reality (AR) and virtual reality (VR) could have provided new ways of helping us to be together while socially distanced. But despite the constant hype, there's still little uptake of AR and VR. Wearable devices have become much less useful as we spend more time at home (Fitbit data usage has declined significantly according to one mobile network). Tablets haven't seen an uptick either: as analysts IDC note, tablets were "not the first-choice devices" for home working and home schooling during the lockdown period.

Instead, it's been the much-maligned PC (and variations on it) that have emerged as the most useful pieces of hardware right now, either for home working or home schooling. Turns out we aren't ready to ditch the keyboard just yet.

In some respects it's an unfair comparison because hardware and software have been moving in different directions for decades now: software has become untethered, while devices have become deeply personal.

And, as we start to cautiously emerge from lockdown, the technologies that could help us navigate the new world might be different to the ones that have served us well in isolation.

Smartphones – if contact-tracing apps work as promised – should be able to help countries limit the spread of coronavirus outbreaks in future; AR apps on smartphones might even help us to judge when we're getting too close to other people.

SEE: Life after lockdown: Your office job will never be the same - here's what to expect

Wearable devices are also being looked at as an aid to maintaining social distancing, and to help staff – and their managers – to monitor and understand stress levels when working remotely.

Indeed, it's possible that the new realities of the coronavirus world may give some of these technologies – VR, AR and wearables in particular – a purpose they have lacked until now. As societies and economies start moving again, the technologies that haven't seen much use in lockdown could start to earn their keep again.

Digital Transformation
Inflation is about to change grocery shopping for good