A few days ago, Xiaomi launched a backlit, aluminum mechanical gaming keyboard for a predictably rock-bottom price of CNY 299 (Rs 3,000, or $44). You may wonder, what is so noteworthy about this event? 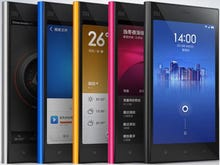 It may not be, just by itself. However, take a peek at what else this 'Apple of China' has flogged to consumers in Asia lately. The list is dizzyingly long: an electric screwdriver, a washing machine, an electric rice cooker, an induction pressure cooker, a foldable electric bicycle, a mosquito repellant device, drones, fitness trackers, and water kettles. You name it, and Xiaomi seems to be selling it through its websites and 36 retail stores across China.

What is this former largest-selling phone maker in China doing selling all manner of home appliance and electronic consumer goods as if it were the Panasonic of China? Shouldn't it be sticking to its core competence rather than distracting itself with forays into completely alien product universes?

The answer to that question may not be readily apparent. After all, the company's sales have plummeted 38 percent, toppling it from its perch as the leading phone seller in China to a lowly fourth position in just one year, according to research firm IDC. Its founder and CEO Lei Jun may have foreseen this coming and decided to adopt an insurance plan, one that necessitated diversifying its product range.

A core part of this strategy lies in the Internet of Things (IoT) domain that has product manufacturers all around the world giddy with excitement, foreseeing a world where devices can talk to each other and with a smartphone. Xiaomi is counting on its MIUI OS -- essentially a heavily customised version of Android -- forming the bedrock of an ecosystem that will lure customers into buying an avalanche of Xiaomi products, all controlled by a Xiaomi smartphone.

For instance, the rice cooker, which sells for $150 versus other comparable models priced at three times as much, will allow you to use the Mi ecosystem app to scan the rice packaging specific to the brand and type of rice, thereby detecting over 2,000 cooking settings, which will then automatically be beamed into the cooker. Who knew that rice required so much fuss!

Of course, Xiaomi knows better than to wade into the hardware field and immerse itself in a minefield of R&D. Instead, it has invested in more than 60 startups over the past three years, content to remain a minority shareholder, but guiding them with its vision and providing them a vital sales channel, brand identity, and customer base. Liu De, who is in charge of Xiaomi's products division, estimates that the business can generate as much as $1.5 billion in 2016 and perhaps even double that next year, while profits will be split with its hardware partners.

It may seem like a hair-brained strategy, driven out of desperation amidst a collapsing business model for its once dominant phones, but its past success with some of its products indicates startling success. It's Mi Power bank, for instance, was one of the first in its stable and was a roaring success, selling more than 47 million to date, thanks also to its rock-bottom price of $9.99. Xiaomi apparently finds it difficult to keep them in stock even today. Its $11 Mi fitness band was such a global hit that it came second only to Fitbit in terms of overall sales for the product category in 2015 with over 18.5 million sold. The Mi Air purifier apparently accounts for 20 percent of all new sales in China in just seven months and has started selling in India as well.

All these came out of a partnership with hardware companies that Xiaomi decided to incubate. In fact, this could be the largest -- and most successful -- hardware venture fund started by any young company today.

THE PERILS OF OVERREACH

And therein lies the rub. Apparently, the company has become so enamoured by its consumer strategy that it has started to churn out products that have nothing to do with a 'smart' future, such as the Mi umbrella, which sadly does not predict rain or tell you the temperature via an inbuilt thermostat but instead is just made of sturdier cloth. Or the Mi Pen, which regrettably doesn't open into a samurai blade or even an -- are you listening Xiaomi? -- umbrella, thereby collapsing both categories into one best-seller but is instead filled with Japanese Mikuni ink that doesn't dry up.

How much can Xiaomi gain by getting into things that aren't remotely connected to its raison d'être remains to be seen but empires have imploded in the past because of an ungainly and ultimately unmanageable sprawl of disparate businesses.

Besides, some Xiaomi observers -- indeed fans of the company -- are not even sure if the IoT strategy will work to begin with. Clay Shirky, author of the 2015 book, Little Rice: Smartphones, Xiaomi, and the Chinese Dream, says in Bloomberg, "It's not clear that there's a business-to-consumer model that works for the so-called Internet of Things," he says. "What do you want your fitness band to say to your rice cooker? Why does your television need to be in communication with your Segway? No one has gotten that right, not even Amazon."

According to others like IDC analyst Jean Xiao, Xiaomi isn't even offering any genuine, breakthrough hardware innovation, making price its only attractive quotient.

It's too early to tell how the cookie is going to crumble, but perhaps the company may just be better off by first addressing the key reason for its business slump in China -- something that is also destined to repeat itself in India according to experts. Namely, how to stop existing customers moving upmarket and future ones gravitating toward domestic competitors like Huawei and Oppo.