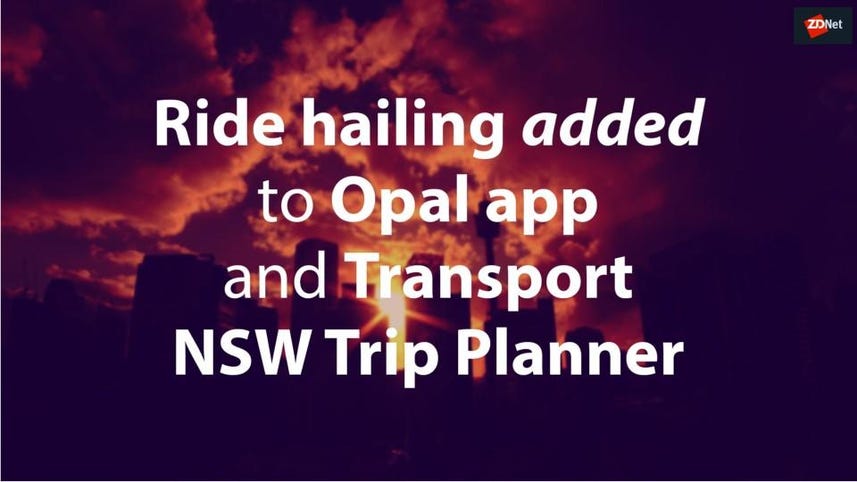 Transport for NSW has announced that some taxi and rideshare providers that operate in the area are now included as an option for how people can travel to their destination in the latest iteration of Trip Planner.

In addition to existing options -- public transport, walking, and cycling -- people can now view the cost and journey duration of their trips if they choose to travel with Cars on Demand, Ola, or Ingogo.

Travellers also have the option to book their trips from Trip Planner, where they are then directed to the third-party operator's website or app.

A Transport for NSW spokesperson said by partnering with third-party operators, customers now have more options to choose from when they travel.

"We are really excited to offer customers more choice on how to get from A to B, allowing them to create a trip planning experience that is more personal, flexible and streamlined across Transports' official digital channels including web, app and voice assistant," the spokesperson said.

The decision to offer ride-sharing and taxis comes off the back of the state government's Future Transport 2056 strategy where transport service providers were invited in May as part of an innovation challenge to join a trial to include their services in Trip Planner. Over 20 operators applied.

Must read: Moving from planes, trains, and automobiles to 'mobility-as-a-service': A peek into the future of transport in Sydney

According to the selection criteria, operators were required to share their data sets and APIs to link with Trip Planner, and had to demonstrate their solutions are of "high quality, compliant with all applicable laws, and that solve customer's problems in an innovative way".

During the trial, Transport for NSW will examine the accuracy of the data and the overall user experience.

The spokesperson added it has not ruled out the opportunity to work with other third-party providers in the new year.

"We look forward to working with more third-party providers in the new year and enable them to share their information on the Transport for NSW trip planners," the spokesperson said.

While Uber has not been included in the list of go-live operators, a spokesperson for Uber said the company is "exploring a wide range of ways to partner with transport agencies across Australia".

In other transportation news, the NSW government said 3,303 drivers were caught illegally using their mobile phones while driving in the first week the state government's mobile phone detection cameras were switched on.

According to Minister for Roads Andrew Constance, the number of drivers captured was after the 773,532 vehicle checks.

During the pilot period between January and June, the cameras captured over 100,000 drivers illegally using a mobile phone while driving from the 8,500,000 vehicles checked.

The cameras were initially deployed on Western Sydney's M4 motorway and Anzac Parade in Southeast Sydney.

The new system uses high-definition cameras and artificial intelligence to detect offending drivers illegally using their phone behind the wheel.

However, until the start of March 2020, drivers caught by a mobile phone detection camera will only receive a warning letter.

Thereafter, drivers will cop a AU$344 fine, or AU$457 in a school zone, and five demerit points, or 10 during double demerit periods.

The NSW government said as the program is progressively rolled out, it expects the mobile phone detection cameras will perform an estimated 135 million vehicle checks each year by 2023.