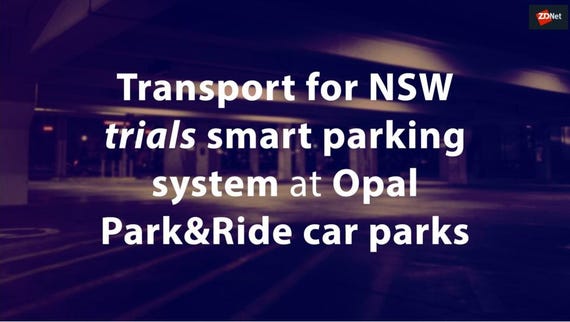 Transport for New South Wales (TfNSW) has launched a new trial that will allow public transport commuters to see how many parking spaces are available at selected Opal Park&Ride car parks before they decide to enter them.

According to a TfNSW spokesperson, the smart parking system that has been installed in the car parks will enable public transport commuters to better plan their trips.

"Customers can access real-time car park occupancy data via an app before they jump in the car and decide whether to make alternative arrangements like walking, cycling or catching public transport," the spokesperson said.

To be carried out at Opal Park&Ride car parks in Seven Hills, Kogarah, Ashfield and Manly Vale, the trial will see customers provided with an approximate number of parking spaces available at each location along with predictive occupancy patterns based on historical data.

The Opal Park&Ride car parks gives public transport commuters 18 hours free parking each day when they tap on and off with their Opal card.

AnyTrip currently uses the Open Data Hub to deliver real-time data to commuters about arrival and departure times and services for buses, trains, and ferries.

The Open Data Hub was launched back in 2016 to give developers access to real-time public transport information.

"By making real-time data sets freely available, the new Open Data Hub will pave the way for app developers across the world to meet a broader range of customer and business needs here in NSW," Minister for Transport Constance said at the time.

"We've already had huge success with our popular real-time apps. The applications for this transport data are endless and I can't wait to see more creative thinking about technological solutions to meet the needs of our customers."

Commuters can use their debit and credit cards on ferries, trains, and now buses in lieu of an Opal card in Sydney.

The one-stop shop platform allows commuters to link their Opal card and debit or credit card to one payment account.

The standards would clarify how to best measure the amount of personal information that is linked to de-identified data sets, NSW chief data scientist says.