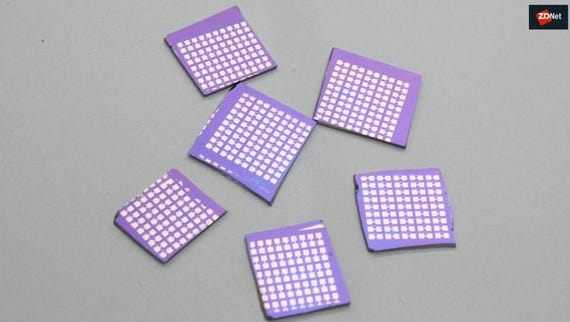 RMIT University researchers have developed a photodetector that can detect different shades of light in a prototype device made from nano-thin technology. The researchers have touted it could potentially be used to improve biomedical imaging to advance the early detection of health issues like cancer.

According to RMIT, photodetectors are currently unable to sense more than one colour in one device which has meant that photodetectors have remained large and slow.

Photodetectors work by converting information carried by light into an electrical signal and is used in technologies ranging from game consoles to fibre optic communication, medical imaging, and motion detectors.

However, the RMIT researchers have been able to figure how to use a nano-thin layer of material, known as tin monosulfide, on a chip without impacting the photodetector's speed, low-light sensitivity, or visibility.

They claim the prototype is least 1,000 times thinner than what is currently commercially available and can interpret light ranging from deep ultraviolet to near-infrared wavelengths.

"But we managed to engineer a device that packs a powerful punch, despite being thinner than a nanometre, which is roughly a million times smaller than the width of a pinhead," she said.

Krishnamurthi added that shrinking the prototype opens up the possibility for the technology to be used in low-light conditions and potentially faster fibre optical communication.

"Smaller photodetectors in biomedical imaging equipment could lead to more accurate targeting of cancer cells during radiation therapy," she said.

"Shrinking the technology could also help deliver smaller, portable medical imaging systems that could be brought into remote areas with ease, compared to the bulky equipment we have today."

Looking ahead, chief investigator associate professor Sumeet Walia said they are now looking at industry applications for the prototype photodetector

"With further development, we could be looking at applications including more effective motion detection in security cameras at night and faster, more efficient data storage," he said.