The seven-year project will track the impact climate change is having on the most southern part of the world.
Written by Aimee Chanthadavong, Senior Journalist on April 23, 2020 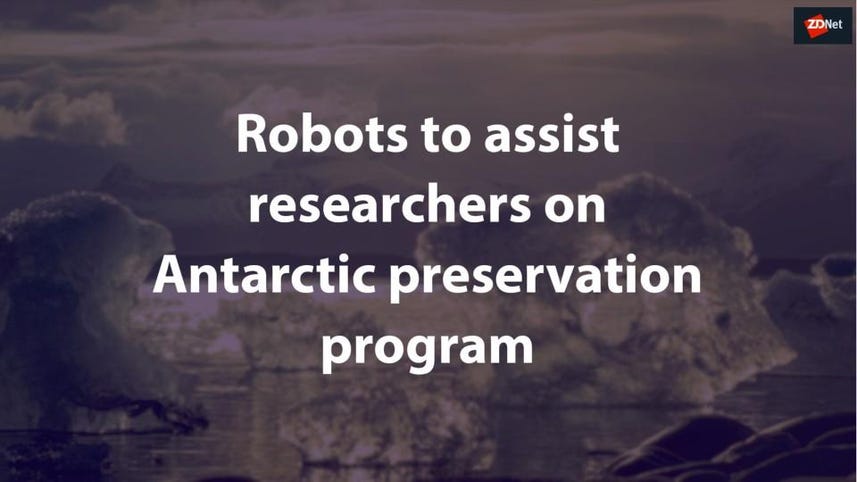 Robotics, machine learning, data science, and mathematical modelling are just some of the tools that a group of researchers will use to forecast environmental changes across Antarctica as part of a seven-year research project.

According to QUT Institute for Future Environments executive director Kerrie Wilson, who will form part of the program's leadership team, the research aims to "bring new perspectives to Antarctic conservation".

"Antarctica is facing unprecedented threats from climate change, fishing, visitation, and other human activities. Safeguarding its future will require new ideas, and collaborations between different fields of science," she told ZDNet.

Wilson said one aspect of the project would be to build specific robotic systems to collect data and informing scientific models. She explained that these robots would feature "tough batteries and tough sensors" to withstand brutal Antarctic conditions.

"Antarctica is the world's most challenging environment. The extreme conditions that faced Australia's earliest polar explorers also face its robotic technology," she said.

"SAEF's research program will design new, hardened robots that can operate under these freezing conditions drawing on expertise at QUT and partner organisation the Auckland University of Technology."

Some of the specific discoveries that the group hopes to make includes being able to "predict the future of the continent's enormous ice-sheets, and the fragile biodiversity that lives in its oceans and mountains".

"But we also know that, to conserve Antarctica, we also need to understand the continent's geopolitics", Wilson said.

The remotely operated vehicles can be adapted to gather scientific data while being used to inspect and maintain offshore structures.

What's going on under the ocean? Alphabet's X has a plan to find out

Alphabet's "moonshot factory" announced a new technology to better map the action going on under the sea.

How to spot an unaccredited MBA program: Advice

How to spot an unaccredited MBA program: Advice

Security
How to take a screenshot on Windows