Robots will take 50 million jobs in the next decade. These are the skills you'll need to stay employed

A recent report finds that automation will take over a significant part of work activities in Europe by 2030.
Written by Daphne Leprince-Ringuet on July 13, 2020 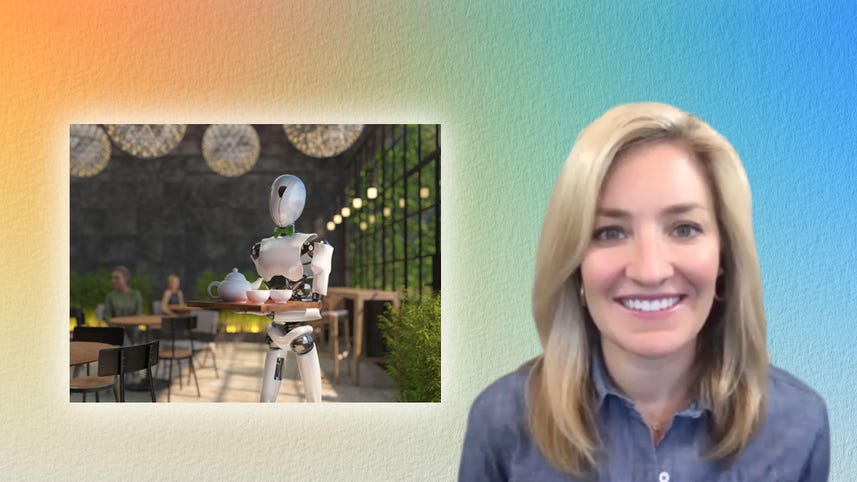 More than 90 million workers across Europe (about 40% of the total workforce) will have to develop significant new skills within their current roles in the next ten years, as automation puts 51 million jobs at risk, warns a report released in June by analyst firm McKinsey.

And almost all of today's European workers will face some degree of change as their jobs evolve because of technology. But although the statistics seemingly feed into a common fear of robots taking over our jobs, quick conclusions needn't be drawn: the research also shows that employment growth in other sectors will largely compensate for overall job loss.

So much, in fact, that Europe might find itself short of up to six million workers by 2030. As new opportunities emerge in fields like technology, for example, McKinsey anticipates that finding sufficient workers with the required skills to fill the jobs that are being created on the continent will be challenging.

This is especially the case in megacities like London and Paris, where employment opportunities will be concentrated, but with too few residents qualified to fill them. The report found that in such areas of dynamic growth, less than 60% of new jobs will be taken up by a suitable worker.

In other words, up-skilling and re-training the workforce will jump to the top of the to-do list for business leaders in the years to come. The trend has only been further accelerated by the COVID-19 crisis: McKinsey's report suggests the jobs most at risk from automation are also those that the pandemic has made more vulnerable.

Customer service and sales, food services and building occupations are the three groups that are most likely to be displaced both because of automation and, now, because of the health crisis.

It will be critical to make sure that these workers are learning the skills that will let them move on to high-growth opportunities. Susan Lund, an author of the McKinsey report, told ZDNet: "Today, our report shows that job changes in Europe are typically someone going from one declining occupation, like a retail cashier, to another declining one.

"What is critical is that people in occupations that are declining because of automation look to acquire the sort of skills that are in demand in growing occupations," said Lund. "There are indeed so-called 'adjacencies' that can help career progression."

So, where can we expect to find those "growing occupations"? Generally speaking, and in continuation of a long-standing trend, manufacturing and agriculture are losing weight in favor of services. More specifically, McKinsey analysts predict that human health and social work will see the strongest growth, followed by professional, scientific and technical services, as well as education.

Lund argued that this is good news: jobs will be shifting away from dull routine work and towards more interesting problem-solving and interpersonal interactions. In fact, were she to give tips to a 15 year-old today about the most important skills to take up at school and university, she would advise in favor of STEM subjects; but not only.

"There are also some other key skills that humans can do really well – far better than machines – and which will be the source material for jobs for years to come," said Lund. "In particular, social and emotional skill and higher cognitive skills have a lot of future promise. That means an ability to work well with others, to coach, teach, and manage, but also strong problem-solving skills and critical thinking."

Demand for socio-emotional skills will grow by up to a third, said the report, as human workers focus on roles that machines can't fulfill, which require interaction, care-giving, teaching and training, as well as managing others.

It's not only about future workers, though. Many employees are currently working in jobs that will change because of automation: McKinsey's analysts predicted that about 22% of workforce activities across the EU could be automated by 2030.

To succeed alongside robots in new types of work, employees will need skills that they don't currently have. The concept of "lifelong learning" will gather pace, therefore, as workers acquire new knowledge throughout their careers. It will be largely up to employers to initiate programs to re-train their staff and ensure success in a more automated workplace.

SEE: Use these first principles to succeed with robotic process automation In 2020

Equally, some new opportunities might emerge to enable a smoother transition for workers. Robotics company Universal Robots, for example, is already deploying "cobots" (or collaborative robots) to businesses, which are designed to simplify the use of automation for human employees.

The company has developed online courses, which it claims enable workers with no engineering background to program a "cobot" in only 87 minutes. The method, according to Universal Robots, reverses the idea that automation is taking jobs away from humans, and instead gives tools to employees to better control their day-to-day activities.

Lund, for her part, is confident that the workforce will easily acquire the new skills that it will need – in part, because it already has. "Work skills have been evolving over the past years for many professions," she says. "With the advent of digital technologies, this has accelerated."

"In Europe, subway train drivers have switched to becoming route optimizers, as trains have become automated," she continued. "Miners in many places no longer head to the coal face – machines do the digging – but instead control the equipment electronically. And so on. Humans and robots are increasingly working side by side."

Rather than taking over our jobs, therefore, it would seem that robots are coming to the workplace as our next-generation co-workers.

AI & Robotics
Tech jobs: These are the 10 most in-demand developer, cybersecurity and cloud roles

Developer
A business tried to use a 50% price hike as a recruitment tool. It didn't go well