Samsung's launch of the Galaxy S9 and S9 Plus at Mobile World Congress just five months after the Galaxy Note 8's release sets up a nice debate over how the company should approach its innovation cadence.
Written by Larry Dignan on Feb. 22, 2018 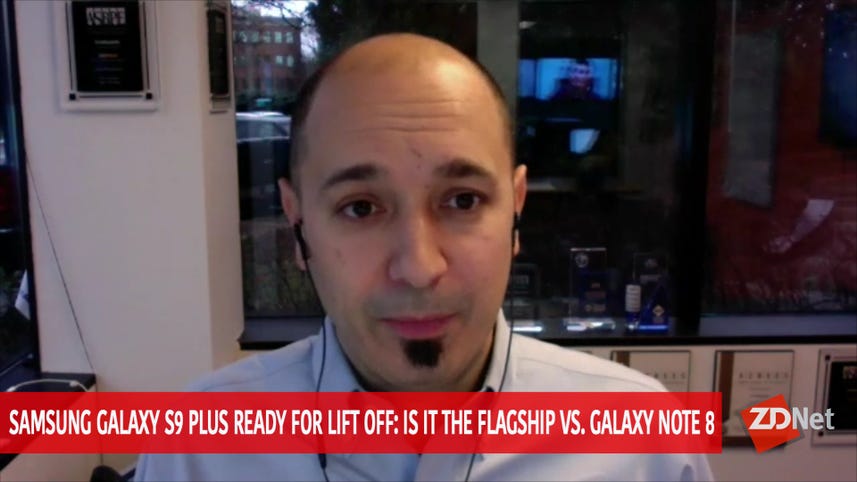 Video: Samsung Galaxy S9 Plus ready for lift off -- Is it the flagship vs Galaxy Note 8

Samsung's Galaxy S9 and Galaxy S9 Plus launch at Mobile World Congress will create a cadence where two hero phones under the same roof will compete.

Here's the catch: The Galaxy Note 8 was released Sept. 15, 2017. The Galaxy S9 Plus will be unveiled just five months and a few days later. Aside from the S-Pen and a faster processor in the Galaxy S9 Plus, there may be little-to-no difference.

Read also: One month with the Samsung Galaxy Note 8: The S Pen rises above all else | Galaxy Note 8 review: The epitome of a business-first smartphone

Now, Samsung will argue that the Galaxy Note is a professional device, but the only real distinction is the S-Pen. I'm a Note 8 owner, and the S-Pen is a big selling point, but I struggle to see the business use cases being all that different.

Over time, Samsung's cadence of smartphone launches may need to be tweaked. There is inevitably going to be buyer confusion over the Galaxy continuum.

Why not launch all of the devices together?

It's obvious that the Galaxy S9, Galaxy S9 Plus, and Galaxy Note line are part of the same portfolio. A different cadence from Samsung could merely acknowledge that point. By launching the Galaxy duo and the Galaxy Note at different times of the year, Samsung is establishing an innovation tug of war.

How do you decide what device gets the premium features? What Samsung phone will have a foldable screen first: The Galaxy Note or the Galaxy S-whatever? Cue the corporate bickering over what device gets it first.

Perhaps the thinking is that, by separating the Galaxy Note, Samsung can occupy a premium price point for a bigger chunk of the year. The side effect of that approach is potential buyer confusion.

Samsung will announce the Galaxy S9 in just a few days. Here's everything we currently know about the upcoming smartphone.

Mobility
Samsung launches Self-Repair program, so you can fix your broken screen at will