Full Bio
Posted in Between the Lines on September 4, 2018 | Topic: Internet of Things 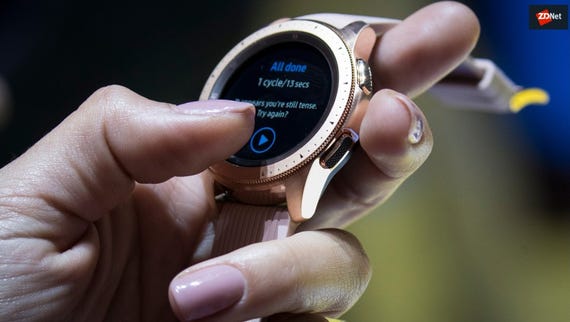 Global wearable shipments--primarily smartwatches and fitness trackers--saw second quarter shipments grow 5.5 percent to 27.9 million units in the second quarter, according to IDC data. But perhaps the biggest takeaway is that Samsung isn't among the top 5 vendors.

The action is in China. And like smartphones, China rivals are giving Samsung fits. For instance, Xiaomi has a wearable product portfolio that includes shoes, kits watches and Mi Bands at multiple price points. Huawei is also growing well.

And then there's Apple, the No. 1 wearable maker, battling Samsung at the premium price points.

Garmin extended its lead over Samsung to maintain its position as the number five vendor worldwide and saw its shipment volume of smartwatches extend their lead over its basic wearables. This further underscores the growing appetite for smart wearables over basic wearables.

As for the standings in the wearable space, Samsung didn't make the cut.

Bottom line: Samsung has been focused on the Galaxy Watch, but will have to expand into more price points and form factors to be competitive.

Join Discussion for: Samsung has a wearable device problem as...