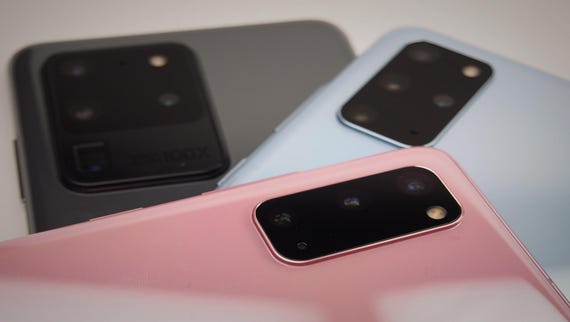 The tech giant said its UFS 4.0 storage is the industry's "highest performing" UFS 4.0 memory unit, and is based on Samsung's 7th-generation V-NAND.

Samsung's UFS 4.0 modules are packaged with a maximum dimension of 11mm x 13mm x 1mm, and will come in a several capacities up to 1TB. It expects to begin mass production in Q3 2022.

The board of the UFS specification body JEDEC has approved Samsung's UFS 4.0 implementation, according to Samsung, which will sell UFS 4.0 memory to the mobile industry as it shifts to 5G. JEDEC hasn't published the UFS 4.0 specification yet.

"UFS 4.0 offers a speed of up to 23.2Gbps per lane, double that of the previous UFS 3.1. That much bandwidth is perfect for 5G smartphones requiring huge amounts of data processing, and is also expected to be adopted in future automotive applications, AR, and VR as well," Samsung said in a Twitter thread.

Phone battery life could also be extended with the new specification. Samsung UFS 4.0 memory is 46% more efficient than UFS 3.1 in testing conditions, with a sequential read speed of up to 6.0 MB/s per milliampere (mA).

The Samsung UFS 4.0 will include an "advanced" Replay Protected Memory Block (RPMB), a protocol for eMMC, UFS, and NVMe Flash storage on mobile devices that's meant to protect against replay attacks on apps such as digital wallets. RPMB protects partitions of memory by requiring authentication to access it for read and write actions. The UFS 4.0 design of RPMB is 1.8 times more efficient in storing secrets, according to Samsung.