Samsung Electronics will launch Samsung Pay Mini, the company has announced, which will offer online payment services for all Android-powered smartphones. 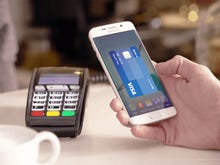 To be launched within the first quarter, the new app will also allow non-Samsung Android phones to use Samsung Pay services such as membership, lifestyle, and transportation.

They will not be able to use offline payments using a reader, however, as offline payment support requires Samsung's patented coil within their hardware for reading magstripes.

A pre-launch trial will begin February 6 that will allow Android users to download the demo version from Google Play in Korea. A Samsung spokesman said it was reviewing launch dates for other countries but that nothing was finalized.

The tech giant will also update Samsung Pay and the new Samsung Pay Mini in South Korea with a feature called Shopping, which connects directly with famous local online shopping malls that are partnered with the company.

A new Rewards feature will also give additional benefits based on points.

In Korea, the payment method secured 2 trillion won in transactions by August 2016, a year after launching.

Join Discussion for: ​Samsung Pay Mini to launch for Android